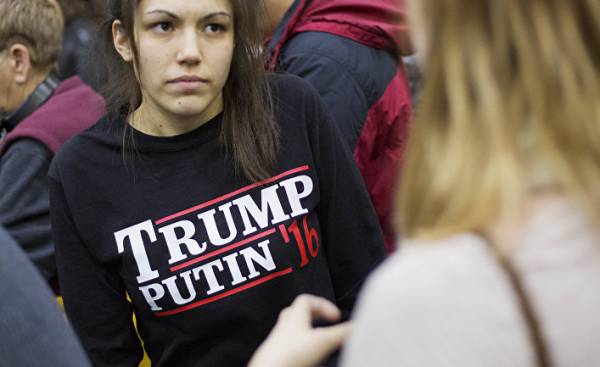 At the end of the first month of the presidency of Donald trump we can say that the new head of the USA do a very good job to attract the interest of the world media.

However, it remains unclear how the relationship will develop between trump and the Congress, judiciary and its own administration, too. It is clear that, despite the streams of the presidential chatter, his government is not yet able to work in standard mode. One of the areas where campaign rhetoric trump came into conflict with the position of his office, is the attitude to Russia and the consequent attitude towards NATO.

Digress from the question of whether affected Russia, and if so, how, in the American elections. Refer to the fact that it was obvious. Moscow just infinitely admired the candidate for trump. And she had a number of reasons. Trump criticized only at outgoing President Obama, who imposed sanctions against Russia, but his former Secretary of state Clinton, who has offered Russia a humiliating “reset” of relations.

Campaign, Clinton supported Obama and her husband. Gradually joined the clan Bush. Thus, from the point of view of PR Moscow received a precious gift: all American presidents, who held the post after the collapse of the USSR, suddenly found themselves on the same side. On the other, the lone trump. Putin has managed to convince most Russians that all these presidents and prominent members of the us Congress want to humiliate Russia or even start a Third world war. Trump reiterated that “expertise” of the Russian leader so readily and so successfully that the Russian media began to pay more attention to him than Putin himself.

When trump won, the Russian media reported that he will meet with Putin before his inauguration. This has not happened, and several times announced, the meeting is still postponed. With enthusiasm wrote that trump will immediately cancel the anti-Russian sanctions. But the villain McCain said that Congress will do anything to avoid this. And despite the encouraging signals that takes the adviser to trump Conway, yet nothing happens. Headlines heralding the comeuppance which the trump suit, the European members of NATO have met with repeated statements of the new us Secretary of defense and the Secretary of state that the United States remains very interested in the Alliance. The deployment of us forces in Eastern Europe was not stopped.

Finally, Moscow’s jaw dropped when the press Secretary of the President said that trump waiting for the return of Crimea to Ukraine. Honeymoon with Donald, who had been waiting for most of the Russian community had happened. And though in Russia everything is possible, it seems that the love affair with America came to an end.

We do not know what will bring the coming weeks and months, but now it can be argued that the words spoken in January, Russian Prime Minister Medvedev, justified. He said that the new American power will begin to build relations with Moscow from the standpoint of reason. And we should reflect on how justified the views of those local experts who believe Putin is the right leader because he is able to determine the Russian national goal and consistently achieve it. 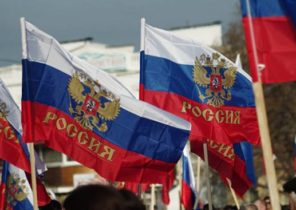