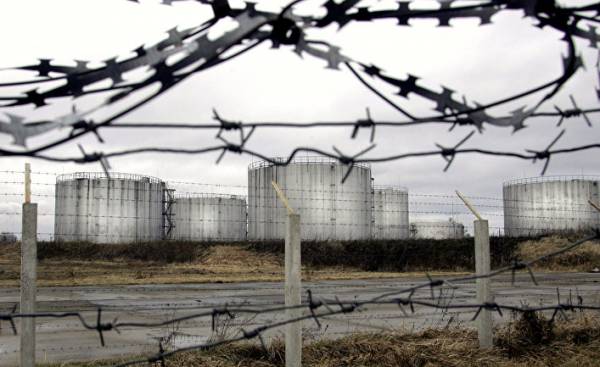 The conflict between Minsk and Moscow over the cost of Russian gas Belarus extends from the end of 2015. The parties have repeatedly reported “progress” in the negotiations, but the final agreement has not yet come. Thursday, February 16, Vice-Premier of Belarus Vladimir Semashko after the next meeting in the Russian capital said that the document “oil and gas” can be signed next week. “The draft Protocol is being considered by the Russian leadership,” — said Semashko, saying that this is the “twentieth-option” contract. However, his Russian counterpart Arkady Dvorkovich on the same day said that “Russia and Belarus have not yet reached a final agreement, there is no solution”.

DW interviewed analysts attributed the protracted negotiations because they affect not only the current dispute about the price of gas, but also the conditions of its supply to Belarus for the period until 2019, when it should begin to operate a single electricity market of the Eurasian Union (EEU). According to experts, the negotiation process is also influenced by the fact that Belarus and Russia have accumulated claims to each other not only in the oil and gas sector.

“If the Belarusian Deputy Prime Minister said that compiled this is the 20th version of the Protocol, it means that the negotiations are really difficult”, says DW for the situation expert on energy issues in the online publication Belrynok.by Tatiana manyanok. Cause long-term bargaining the analyst called “a forced tough position of the Belarusian side”, which hopes to price concessions on Russian gas.

The fact that in Belarus more than 90% of electricity is generated by natural gas. And if at the beginning of the talks in Minsk were asked to reduce the current contract price of 132 dollars per thousand cubic meters of gas for 10 dollars and was refused, now, explains Manenok, “the Belarusian side has set the task-maximum. And achieves equal (approximately $ 90 per thousand cubic meters) or close to domestic prices given the current situation on the global market.”

The grounds for such claims, the expert believes that Minsk has, as in the Union state Treaty stipulates the creation of equal conditions for activities of economic entities. And by reducing the price of gas enterprises of Belarus could improve their competitiveness in the market.

The arguments of the parties

According to Manenok. Belarusian negotiators also believe that it is impossible to create in 2019 the single electricity market of the EAEC before the formation of common market of gas and oil, which will work only in 2025. “What is the total energy, if the Belarusian electricity from expensive Russian gas is not competitive on it,” the analyst lists the arguments of the official Minsk in discussions with Moscow. “It is clear that Russia and “Gazprom” now your problem is why so long drawn negotiations on the gas issue,” — says Tatiana Manenok.

In 2016 for non-payment of the Minsk accumulated debt for gas supplies to Russia in the quarter has reduced duty-free oil supplies to Belarusian refineries from 24 to 18 million tons, and in 2017, ready to cut them to 16 million tons. According to the foreign Ministry, this has led to a decrease in sales of petroleum products in the EU, as a result, Belarusian exports to EU countries fell by one third to 5.7 billion dollars. Suffered losses and oil refining industry of Belarus, was stripped of the refinery modernization program.

But despite the difficult situation of Belarus, chief of the economic Department of the Russian Institute for energy and Finance Sergei Agibalov sure that “the conflict is resolved as soon as the report in Minsk.” According to the analyst, Moscow considers the initiator of the conflict situation of Belarus, which, without waiting for the outcome of negotiations, unilaterally decided not to pay for gas and increased tariffs for Russian oil transit. “And if at first it was a business dispute, then later joined by political factors,” — said DW expert.

From 1 January 2016 the Belarusian side unilaterally started to pay for the delivered gas from Russia less in terms of price, which seems fair (about $ 100 per thousand cubic meters instead of 132-x). According to the Federation, the debt of Minsk for this time has already reached $ 550 million. Belarus the existence of the debt acknowledged, and even promised to pay him, but in December has translated only part of the money. Moscow returned the advance and insists on full payment.

Sergei Agibalov says that Russian society is dominated by the idea of Belarus as a strategic ally, but “what is the scope take, de facto, that there is no cooperation”. Belarus has not provided support for any important to the Russian Union issue repeatedly and sharply criticized her actions, as did President Lukashenko on 3 February during the hours of the press conference, reminded Agibalov.

“The Belarusian leader would like to see in Russia, he was your garden — an outdoor market with cheap energy and various measures of support, but this will no longer be” — says the Russian expert.

The end of an era kisses

With that in oil and gas dispute broke policy, I agree and Tatiana manyanok: “Belarus is very important to stake out attractive conditions for work in the energy market of the EEU”. However, if in previous years the Minsk could count on benefits in exchange for the sale of Russian strategic asset “Beltransgaz” or for the signing of the EEC Treaty, now have nothing to bargain.

In the words of an analyst Belrynok.by “the era of kisses in exchange for cheap energy supplies to Belarus is over.” And in order not to lose face, both parties must find new forms of compensation that the suit, says Manenok.

“Russia has the time to look for (these new forms. — Ed.) and wait for the resolution of the dispute on attractive conditions,” — adds Sergey Agibalov. And concludes: “Even if the Minsk and get a discount on the price of gas, the preference will not be as radical without reciprocal concessions. And will not be counted since the current conflict.”