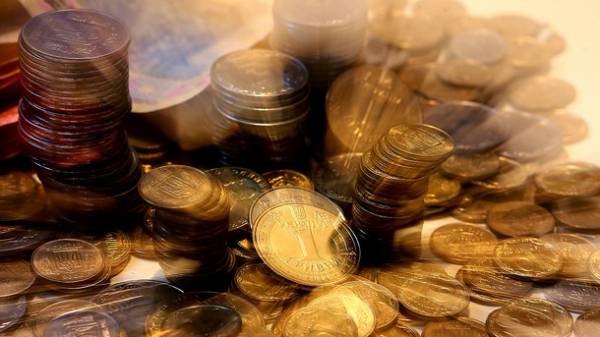 As practice shows, the crisis did domestic banks are friendlier to their customers. Despite a noticeable decline in the level of people’s trust towards the financial institutions, continue to use all sorts of tricks. Many Ukrainians, who decided to take a loan to rent a cell or place a Deposit, faced with the fact that in practice, the conditions are markedly different from the advertised, and there are cases of outright fraud.

TRAPS. So, customers complain that banks offer credit cards on beneficial terms, but leave with a nose. “I, the Bank managers were persuaded to apply for a credit card, promising up to a limit of 60 thousand UAH at a low rate. When the card issued, I was notified by SMS that the limit on the loan is zero! Explanation why it happened, to failed, but for service cards will now have to pay” — told us from Kiev, Oleg Zotov.

Bad can be the experience of keeping foreign currency in banks. Inna from Kiev Artemenko scored a dollar contribution for the year, when signing the contract carefully did not read: “the house is Already alarmed by the line that in case of early termination of the contract exchange contribution is returned in UAH according to NBU rate. Fortunately, to break the contract early was not necessary. But the fact that the Manager of the “surprise” didn’t left residue”.

Face the customers and with automatic prolongation of the Deposit agreement against their will. “Had a contribution for three months, while the Bank Manager assured that the auto renewal of the contract will not. But when after a time I came to the Bank to renew the contract, it turned out that he was already automatically prolonged for another three months, and it will be even four times! And for breach of contract a penalty. Decided to pay the fine, but took the money”, — complains the inhabitant of Odessa Nikolay Eremin.

Not satisfied with the Ukrainians and the self-will of the banks, when they involve a new fee or increase existing, without notice to the client. “Kept in a Bank Deposit in dollars. The Commission for removal of means was not. But when I decided to take the money happy, what service is required to pay a % of the withdrawal amount. For $10 thousand paid about UAH 2000 Commission. That is, income almost did not get,” — says Elena Sytenko from Zaporozhye.

Should people be careful when closing the payroll card, because of failure to disconnect an SMS alert will also have to pay. “After closing the payroll card it’s been five years when I came to the Bank to get money. But they said that I must first pay 300 UAH of debt for free. To the question why when you close the card has not been disabled, a text message, the answer came: “But you didn’t say” outraged from Kiev Irina Erofeeva.

There are pitfalls and rents cell. “The Bank has decided to issue a contract for storage of valuables. I said, what do we need to issue plastic card to the new conditions. I disagreed, because I already had a Bank card that costs 10 UAH per year, and the new tariffs would have to pay 200 UAH. In the end the Bank did not provide the cell”, — said Dmitry Korablev from the Dnieper.

Banks: there are mistakes

The banks themselves deny the incidents of deliberate deception, although I suppose that may be the incompetence of the employee. “If you are not satisfied with the Manager’s job, it is necessary to contact the hotline or submit a written complaint. In reputable banks, any complaint is dealt with by a special unit that can make decisions on customer service, required to perform in the field, — told us the top Manager of a large Bank Alexey Seregin. — But the client should not hesitate to ask clarifying question.” And lawyers are advised to remember this simple rule: a word cannot be trusted any representatives of commercial structures. “Their main task is to sell the product, not tell in detail all the conditions, — explained the lawyer, Gleb Segid. — Therefore, carefully read the contract. If the Manager said something in words, asking to show this item in the contract. All the “surprises” hiding in the details: terms of Deposit and withdrawal of funds, renewal and the right to change pricing terms. The Bank shall register all rates, fees, etc. the Contract can be read home. Also document all transactions — must be the receipt of deposits and withdrawals, requests and responses make Bank in writing, then the words do not prove”. But lawyer Vladimir Stolitny added that banks are often “little” knowingly violate the law, hoping that the client will not sue over the loss of a few hundred hryvnia against the Commission’s legal costs. “But as soon as it appears that the case goes to court, the banks are ready to compromise,” says Stolitny.