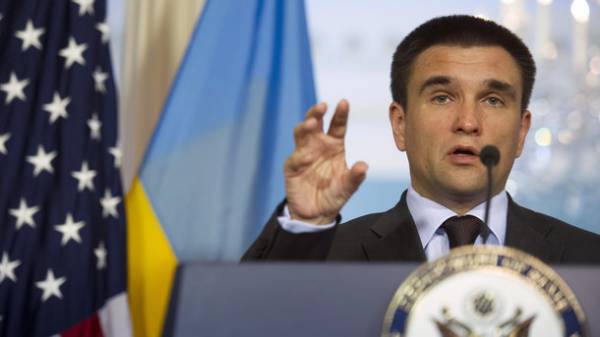 Foreign Minister Pavlo Klimkin believes that to achieve this position of the American administration on the occupied Crimea managed thanks to the work of Ukrainian diplomats with the team of US President Donald trump. This he said during a security conference in the U.S. Congress, reports the Hour Time on the page in Facebook.

According to him, such statements sounded from the White house regarding the Crimea, was expected with the new U.S. administration.

“They (statements. – Ed.) course, was expected. We all worked together to get this very strong message. After this message was made in the security Council from the representative of the United States to the UN, and now we hear this very consistently and not for the first time from the new administration. And what I’m hearing, basically, yesterday, today, it is very important in order to build a very practical and very logical picture of how we will continue to work together”, – said Klimkin.

He also hoped that the United States will exert pressure together with European leaders on Russia to implement the Minsk agreements.

Recall, as stated by press Secretary of the White house Sean Spicer, Donald trump has made it clear that he expects the Russian government to de-escalate the violence in Ukraine and return Crimea.