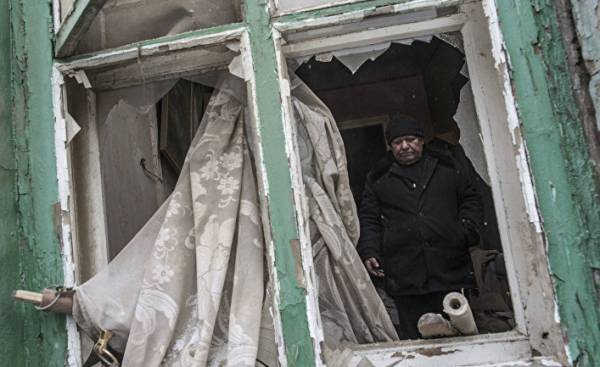 Residents located in the Donetsk industrial region of the city of Avdeevka gradually lose hope to wait until the end of the war between Ukrainian forces and Pro-Russian separatists. In February, two years after the signing of the Minsk agreements, the degree of violence has sharply gone uphill.

In the courtyard of the school №11 of the Town is now noisy. Laughter and shouts of children, the calls of teachers to act calm. And far away came the echo of artillery fire. “Children have an incredible ability to adapt, — smiles the Director of the school Nina Saremco. — It is now the third winter of the war, and they no longer react to the sound of explosions. They play quietly, like… like children. They are giving us an example to try to return to a normal life.”

A normal life. This was the main promise signed on 11 February 2015 in Minsk peace agreements. With the filing of Angela Merkel and Francois Hollande, Vladimir Putin and Petro Poroshenko outlined in the Belarusian capital roadmap, which was to put an end to the bloody conflict in the Donbass in the East of Ukraine. Two years later, clashes between the Ukrainian armed forces, on the one hand, and the separatists and the Russian military, on the other, never ceased. According to the UN, the war claimed the lives of more than 10 thousand people.

“We have everything you need” — emphatically continues Nina Saremco. Since 2014 left the city half of the students and teachers. Disconnect electricity and heating are frequent, and the school were created alarm system. “Here 150 children. The school must remain open while parents are at work”. Many of them work at the local coke plant, one of the largest in Europe. In the extreme case, at school, according to Nina, Serenko, there are two underground shelters.

In early February the Avdeyevka became the epicenter of an unprecedented 2015 fights. From the Ukrainian side there were killed about three dozen people, both military and civilians. Separatists ‘ losses are still difficult to count. Experts explain the outbreak of violence, either local causes or hypothesis about the desire of the militants to check the diplomatic position of Donald trump in relation to Putin’s Russia. At the scene, the shelling did not change anything in balance of power, and only further exacerbated the atmosphere of uncertainty.

“If they really wanted peace, had already made him — angry pensioner Marianna Ivanovna, pulling a sled with humanitarian aid on the ice-covered sidewalk. — Husband killed in 2014. The house is crumbling… We are slowly dying out.” The roar of heavy artillery echoes the rhythm of its steps. It passes in front of the building, which can be considered a real symbol of the Town: issecheny shells home with a female portrait on the wall (did it in October the group United Art Us). Just below you can see the inscription “God, take care of Avdeevka”. The building is opposite the front line and periodically becomes the target of attacks. Inside most of the apartments are vacant or occupied by the Ukrainian soldiers. However, a few families still persist in trying to live there. On their doors hanging pieces of paper with the words “people live Here”.

The Minsk agreement has raised hopes for a gradual resolution of the conflict. Today, all the process is apparently stalled. The exchange of prisoners, which was supposed to be “all in all” comes in hour on a teaspoon. Talks about the local elections and control on the Russian-Ukrainian border may not move from a dead point. On the demilitarization of the “line of contact”, as they say in military jargon, too long forgotten. In recent months, reappeared heavy weapons. The head of the observer mission of the OSCE Alexander hug (Alexander Hug) regularly talks about “the danger of a resumption of major hostilities”. In addition to artillery duels Ukrainians began to adopt a “small steps”: they once again take control of the settlements in the buffer zone, thereby reducing the distance between the positions of the warring parties. Pro-Russian and Russian forces in turn mobilized after the murder (no one has claimed responsibility for it) of Mikhail Tolstoy, nicknamed “Givi”, one of the most famous commanders of the Donetsk people’s Republic. Her self-proclaimed President Aleksandr Zakharchenko called for vengeance and announced the failure of the Minsk agreements.

“The Minsk process? Well, — says the head of the military-civil administration in Avdeevka Pavel Malykhin. — But you need to have applied and complied with. I see that the main guarantors of the agreements are the Western countries that are trying to do business with Russia. On the scene observers of the OSCE avoid the slightest danger, do not want to follow the war and to solve specific problems! They remain out of the combat zone, they listen but do not see, go and write your reports. It will not help to resolve the conflict.”

“We would not be able to survive without humanitarian assistance”, — complains Svetlana Klimenko. Together with her friends-retired she’s waiting in the cold stairwell of a parcel from the red cross. Today is to bring products and hygiene products. “For years I’ve cared for veterans of Afghanistan and Chernobyl. And today, I still need more me…”

“Due to the extremely unstable situation in terms of security, we can’t start recovery work where they are most needed, that is on the front lines — explains the representative of the International Committee of the red cross in Ukraine Marie-Servan Dejoncker (Marie-Servane Desjonqueres). In this area the villages are in a terrible isolation. They are cut off from everything, the ambulance can’t get to them, buses no. The situation is extremely difficult”. The ICRC is one of the few humanitarian organizations that take on both sides of the front, and Marie-Servan dejoncker the notes the same problems in the breakaway DNI and LC. Kiev tried to cope with this tragedy with the recent plan for the reintegration of Donbass: it provides residents of the separatist areas to travel, study and work in Ukraine. The goal was to enlist the support of the region’s population. Anyway, the initiative provoked negative reactions even in Ukraine itself.

The nationalist movement was blocked by three railway lines coming from the separatist territory on the Ukrainian. In the village Scherbynivka North of Town from Saturday are dozens of loaded coal wagons. Camped half a dozen volunteers talking about the “betrayal” of the Kiev authorities. Posted flag a poster urges “to stop the trade of blood.” “This plan legalizes trade with the invaders, explains Vlad, the main camp. They can cash in on the sale of coal on the Ukrainian market and to send money for the war.” Among the volunteers is popular on the construction of the “wall” along the territory of the separatists to permanently isolate them.

The war in Ukraine going for a third winter in a row, however still do not see any consensus on restoration of peace in the Donbass. Civilians can’t return to a normal life. “They have finally agreed that instead of end fire on us, says Olga, whose family still lives in the town. Personally, I don’t see the difference. The Ukraine, the Donetsk Republic… I get sick of it. I want the world. Everyone here just want peace”. 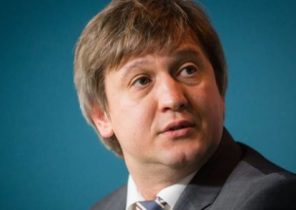