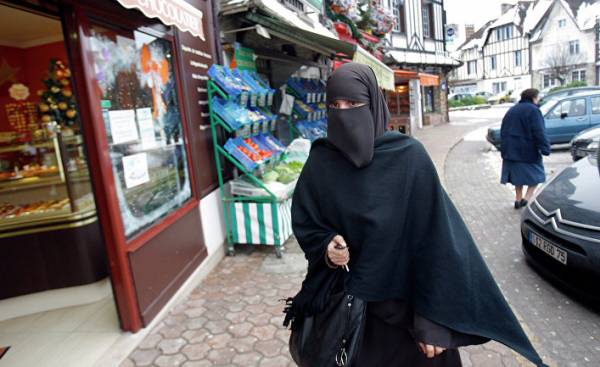 The idea of integration is absolutely Central in the Danish debate on immigration. The prevailing view is that the immigrants came not from Western countries, gradually, even after a long period of time, will be closer to us and so will adopt Danish norms and patterns of behavior that will be possible to talk about the new Danes. The only difference from all others will be only in that they prepare the hummus is better than all these others.

But as far as culture and values, then I doubt that this will happen. In any case, with regard to a large number of immigrants in Denmark. Because I admit that most people love their culture, religion and identity, and do not want to abandon them because they live in another country.

If I lived in Syria, Iran or Afghanistan, I hardly would refuse the view that the freedom of speech, gender equality and the right to homosexuality without the risk of being punished is great. Besides, I do not cease to cultivate the same spirit in their children.

I think that most “non-Western” immigrants feel the same way about those norms and values that they brought with them.

As for the immigrants and their descendants, then, for example, among the descendants of immigrants born in Denmark, religion is only growing.

I dare say that in practice, if you’re a very devout Muslim, to integrate into the Danish culture of the majority is impossible because to be a faithful Muslim means to follow the set of values, which preclude a similar Danish set of values.

If, for example, women wear a headscarf, because they support religious rationale: men should not be led into temptation, and women have a responsibility not to allow them to do it. This view is radically different from the view on the relations between the sexes, which prevails in Denmark. If someone does not want to shake hands with the opposite sex, then this person is not integrated.

If someone believes that the Quran is perfect, that the ideal state should execute homosexuals and blasphemers — but recognizes that there is such a state — this man is also not integrated.

It is therefore obvious that can be arbitrarily law-abiding, hard-working and feel like a Dane, but about cultural integration.

It is possible that, if the number of immigrants was more modest, integration would be more realistic. For example, if the person was forced to marry someone who belongs to his or her own ethnic group, it probably would have led to the integration of a few generations. But in Denmark many immigrants, their number is growing, marrying in the vast majority of cases are concluded with members of their same ethnic group.

Simultaneously, ethnic parallel societies have become so numerous that they can live completely isolated from society, the Danish majority. This, for example, it was in the documentary television channel TV2 “Mosque behind the veil”, where it was very clearly shown that it is possible to do fine keeping its own rules and norms of behavior.

So I doubt that we shall witness the integration, about which so much is said. Values and norms — is not something that can disappear just because the Danes make up the majority, believe that their own worldview is reasonable and progressive.

Mikkel Andersson is a journalist, often taking part in the debate whose opinion you can find in Facebook and Twitter.