The average pension in Ukraine reached UAH 1800, with about 300 thousand pensioners live on a minimum salary of 1,247 USD. At the same time thousands of Ukrainians in retirement receive more than 20 thousand hryvnias. Experts say that the richest pensioners – retired judges. How wrote on his page on the social network ex-Finance Minister, MP Viktor Pynzenyk, the pension of judges of the constitutional Court will be 226 thousand hryvnia, and the Chairman of 235 thousand hryvnias.

At the moment, pensions in Ukraine is greater than 10.7 thousand hryvnias not appointed by the government. However, as senior researcher of the Institute of demography and social studies Lydia Tkachenko, judges who retire this year, the restriction “no greater than 10.7 thousand in retirement” will not feel – for them the constitutional court, this rule was canceled.

According to Viktor Pynzenyk, sodim of the constitutional Court retired in poverty don’t have. So, pension “judges” – more than 200 thousand hryvnia. “The Parliament adopted in first reading under the draft law 5336-1 the salaries and pensions of judges of the constitutional Court of Ukraine, measured in the hundreds of thousands of hryvnia per month. Not valid for current economic realities of the numbers that shocked me and most of our citizens do not become established for deputies. With a sense of accomplishment 239 votes at the second attempt, the draft law was approved. 8 voted against and 27 abstained, but that amount can not restrain the decision-making.The situation does not change the promise in the debate for the second reading to bring salaries to the level of Supreme Court judges. Because they are not much lower. And instead of 384 thousand UAH from the judges of the constitutional Court is 292 thousand, and the Chair – 304 thousand UAH. per month (with allowance for summer recreation). Your pension will be accordingly 226 thousand and 235 thousand UAH. per month”, – says the politician. 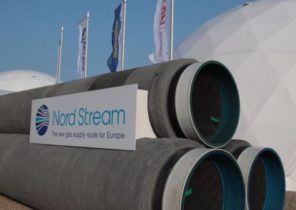