On one of the beaches of New Zealand, there was a mass case of “suicide” more than 400 of the whales, which became stranded, according to the natural Department of the country, reports the BBC.

It is noted that the volunteers arrived at the scene, have died and hundreds of animals, 70 percent of all stranded, others were trying to push back into the water at high tide.

“Given the number of dead animals, we must be aware that the remaining are in critical condition,” says the regional head of the Department of conservation Andrew Lamason.

Additionally, the office noted that because of already dead whales that are stranded, hampered the rescue of the survivors.

According to the representative of the Department, most surviving animals had already sent to sea. Local residents and volunteers to keep the whales again thrown ashore, formed at the coast human chain.

Hundreds of whales die after becoming stranded on a beach in New Zealand. Locals rush to rescue the survivors. pic.twitter.com/dVzkP9J8HR 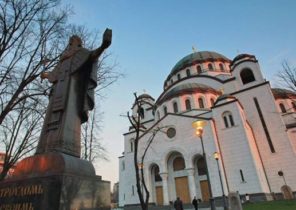