Prime Minister of Ukraine Volodymyr Groysman believes that the European Union decision on visa-free regime for Ukrainian citizens can be made until June this year, the TV channel “112 Ukraine”.

“In fact, now each month will be some technical procedures that will allow roughly, I think, to the June deadline to reach a final decision,” – said the Prime Minister.

According to him, if not for the migration crisis in Europe, bezveza would be adopted in 2016.

The Prime Minister believes that until March, the EU will adopt a mechanism to suspend visa-free regime. “There was a question to introduce a “fuse”. If in the countries of visa-free regime how to take a prompt decision to suspend this mode… I think this month it will be voted on. I think so, because I have relevant information. And then we go for 3-4 months for a final decision on Ukraine and Georgia”, – he stressed.

Groisman added that Ukraine has fulfilled all the necessary conditions for visa-free regime. 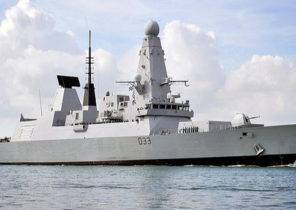