Super Express: still the government, “law and Justice” (PiS) in contacts with Ukraine took the issue of the Volhynia genocide to key themes. However, in an interview with the weekly Do Rzeczy party Chairman Jaroslaw Kaczynski (Jarosław Kaczyński) said: “We can’t accept the fact that Ukraine formed a cult of people who organized the genocide of poles”. How do you assess the policy of “Law and Justice” in this sphere?

Tadeusz isakowicz-Zalesky (Tadeusz Isakowicz-Zaleski): It is very inconsistent. In 2013, the party voted for PiS to call the genocide a crime of the UPA (banned in Russia organization — approx. ed.) and the Waffen SS division “Galicia” against the poles in kresy (Polish historical lands which are now part of Belarus, Ukraine and Lithuania — approx. TRANS.). Later, in 2016, “law and Justice” held a resolution in the Sejm. However, many other actions contradict this course.

For example, the consistent support of President Poroshenko, who, contrary to the historical truth, celebrates the people, guilty of genocide. It turns out that, on the one hand, PiS is telling the truth about the genocide and those who deny it. Simultaneously, the government very gently reacts to the outrageous events that occur in Ukraine, such as the undermining of the monument to the poles in Huta penyatskoy or desecration of a monument in Bykivnia. Every time we see on the Polish side soft response and hear are addressed to the Ukrainian leadership requests that “law and Justice” is afraid of some way to respond to these events. This is reminiscent of the famous saying of Lech Walesa: “I am for and even against”. Jaroslaw Kaczynski, Poland has absolute power, should, I think, to articulate some things. I want to take his statement at face value, but must now be followed by actions.

— First of all, 90% of the victims of UPA no graves. To change the situation nothing is done. The idea is to set the monuments, the simple crosses, plaques, and first to collect these bones and bury them Christian. These people were killed, and their bones buried there were no funerals. The ruling party should take steps in this direction. The second aspect: it is impossible to passively listen to all the lies that constantly coming from the mouth, in particular, the head of the Ukrainian Institute of national memory Vladimir Vyatrovich. It must react, how we respond to the false phrase “Polish concentration camp”. The next important subject: April 9, 2015 on the day of the visit of President Bronislaw Komorowski (Bronisław Komorowski) in Kiev, the Ukrainian Parliament by a majority of votes adopted a law which not only glorifies criminals, but also makes it possible to prosecute people who defend the historical truth, including foreigners. The situation is now this: if a Polish citizen who tells the truth about the genocide, decide to go to Ukraine, or it will not let into the country or go to trial. Government “Law and Justice” did not react, although the possibilities it has: after all, Poland supports Kiev and it allocates funds from its budget. Something we are owed.

– Supporters of a soft policy toward Ukraine emphasize that our neighbours are in the process of forming their national identity and are looking for their national “heroes” that are not associated with the Soviet Union, finding them among the members of OUN/UPA. We should treat this with understanding?

— Poland should not put up with lies. Ukraine has been around for 25 years is a long enough period that the government has created a healthy Foundation including historical policy. Now it’s safe to say that the glorification of criminals of the UPA — bad way. In the name of friendship Poland has to show Ukrainians that he is wrong, because other European countries also will not put up with it. UPA destroyed not only poles but also Jews. Israel or the Western States will never agree to the killers of the Jews were called heroes. Meanwhile, Ukraine has its real heroes, whom we can honor together. This, for example, Hetman Petro Konashevych-Sahaidachny or Symon Petlyura. 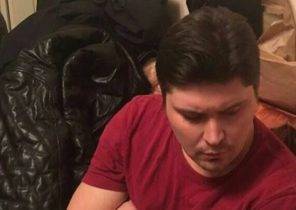 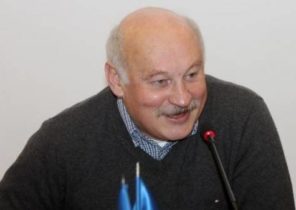