In the near future in the Verkhovna Rada will be a powerful ukrainocentrism parliamentary group, which depends on the date of early parliamentary elections. This was told on air of TV channel NewsOne of the people’s Deputy Yury Bublik.

In his opinion, the group will set the tone in Ukrainian policy.

“In the near future we will witness the creation of powerful groups in the Verkhovna Rada, which will be nationalist and ukrainocentrism. It will set the tone of the Pro-Ukrainian Verkhovna Rada”, – said Bagel, not specifying who will be included in its composition.

He also noted that the date for early parliamentary elections depends on the formation of the new group in the Parliament.

He added that it would be beneficial first and foremost to the Ukrainian people.

Earlier, Deputy speaker of the Parliament Irina Gerashchenko urged MPs not to throw money in vain for agitation, as in 2017, the early elections to the Verkhovna Rada will not.

Also, the speaker of the Verkhovna Rada Andrei Parubiy said that early elections to the Parliament would destabilize the situation in Ukraine. According to the speaker, Parliament in its current composition has large potential to work. 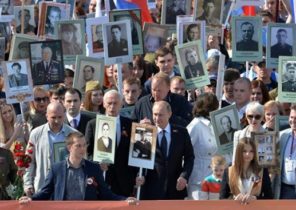 Message to Putin from 42 million dead