On weekends in Ukraine will be a slight warming. This “Today” said the Deputy head Ukrgidromettsentra Anatoly Prokopenko. “Warmer in most regions of Ukraine, except the Eastern. In the past will remain cold. Saturday are forecasted precipitation in the form of small snow most of the territory of Ukraine”, — told us Prokopenko.

According to the forecast Ukrgidromettsentra, for example, in the capital on Saturday afternoon and Sunday is expected from 1 to 3 degrees Celsius. Warmer these days, forecasters are advised to dress the inhabitants of the Central and Northern regions. For example, in Kropyvnyts’ke predict temperatures down to -4. The same temperature should be expected and residents of the southern regions. But in the East, in Kharkiv region — in the weekend forecast from -5 to -7.

However, meteosite not so optimistic. For example, according to gismeteo.ua temperature in the capital at the weekend up to -5, and to the East of the country, according to the site sinoptik.ua the thermometer will drop to -10.

According to Ukrgidromettsentra, the warming in most areas, may persist until the end of the month — extreme frosts are expected. 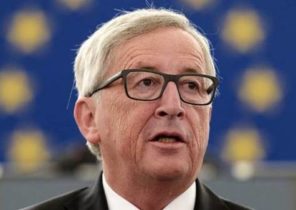