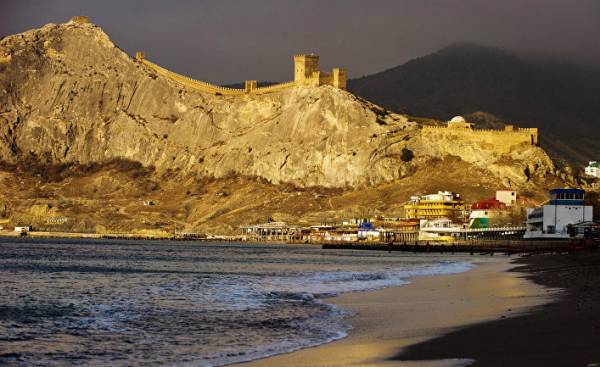 East policy: why the PSD leader Christian Lindner (Christian Lindner) wants to put up with the Russian annexation of the Crimea? Because during the cold war, such was the case with Lithuania, Latvia and Estonia.

Frau Chancellor evaluates the performance of the leader of the SDP. On Monday Angela Merkel (Angela Merkel) said through his press Secretary her what she thought about recent comments made by Christian Lindner: low. “Annexation made by Russia is a violation of international law”, — said the official representative of the government. The position of the German government and the European Union “is completely unambiguous and unchanged.”

While on vacation in Majorca, Lindner, on Saturday spoke on the topic. In an interview with Westdeutsche Allgemeine Zeitung he touched on German-Russian relations. SDP leader said that is on the side of Eastern European NATO countries, but considers it necessary “again to move relations with Russia.” This applies first and foremost to the Ukrainian conflict. “To speak about taboos: I’m afraid that it is necessary to consider the Crimea as a long time measure”.

However, absolute taboo, no question. Western governments no longer believe that Russia will soon return to Ukraine the Peninsula, annexed in 2014. In negotiations with Kiev and Moscow, they are likely to focus on the situation in Eastern Ukraine. But it is quite another thing when talking about it clearly and so openly agree with the status of Crimea. Why so much attention is being paid to the statement of Lindner, whose party may get the post of foreign Minister in the likely German government.

In the election the PSD program, this initiative is not reflected. However, the party requires it to continue the dialogue with the Russian government. But at the same time, there are also clearly States: “We, free Democrats call on the Russian government to immediately stop contrary to international law the occupation of the Crimea and the war in the East of Ukraine.”

And in the party leadership in recent months, by contrast, are Russia-friendly remarks. The Deputy leader of the party, Wolfgang Kubicki (Wolfgang Kubicki) at every opportunity, criticizing the economic sanctions against Moscow. Sam Lindner in may called the mistake to exclude Russia from the negotiation process of the group.

By representative Alexander Lambsdorff (Lambsdorff Alexander), in charge of European policy, in mid-July, said to Deutsche Welle: “I Assume that we will have the situation with the Baltic States during the cold war. Their annexation by the Soviet Union, were also not recognized”. Now, Lindner has used this comparison in an interview. The Federal Republic of Germany has never recognized the annexation of the Baltic States, but took it to be able to successfully pursue a policy of rapprochement.

How exactly looked the dance of the adoption of the annexation? After Lithuania, for example, in March 1990 announced its withdrawal from the Soviet Union, Helmut Kohl (Helmut Kohl), together with the French President wrote a letter to the government in Vilnius. The young state could not be recognized, Lithuania should postpone the Declaration of independence, the letter said.