Funding for the construction of a wall on the border with Mexico will be funded by a tax on the import of goods from that country. This was reported by press Secretary of the White house Sean Spicer.

Spicer said the President of the United States, Donald trump intends to introduce a 20 percent tax on imports of goods from Mexico. The proposal will be submitted in the package of tax initiatives that the President will send to Congress.

According to Spicer, it is due to this tax will be implemented by the construction of the wall on the border with Mexico.

“US policy is that we taxed the exports and allow foreign goods to freely enter the territory of the United States. It’s just ridiculous. If we raise the tax to 20%, we can earn about 10 billion dollars a year and quietly pay for the construction of the wall,” said Spicer told reporters.

Thus a press-the Secretary noted that 160 countries in the world operate on the same principle.

Later, the White house said that the idea of a tax increase will be discussed with the congressmen, and its public announcement due to a desire to show that the money on the wall there.

We will remind, earlier the President of Mexico, Enrique peña Nieto refused to meet with trump in Washington because of the intentions of the American President to build a wall on the border, and the responsibility for its payment to impose on Mexico city.

The construction of the wall was one of the campaign promises trump, who promised to stop the flow of illegal migration to the United States. 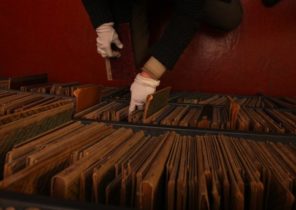