British military control of the passage of Russian aircraft carrier “Admiral Kuznetsov” near the territorial waters of Britain across the channel. About it reports the Ministry of defence of Britain on Twitter.

Note that the Russian aircraft carrier was escorted by British warships, and fighter jets. British ships and the “Admiral Kuznetsov” (the farthest in the photo). Photo: Twitter

“The Royal Navy and air force closely monitor the movement of Russian aircraft carrier “Admiral Kuznetsov”, as he passes close to the territorial waters of the UK on the way home”, – reported in the British defense Ministry. Recall that the “Admiral Kuznetsov” returned to Russia after staying off the coast of Syria, where the carrier has done (or tried to do) combat missions. 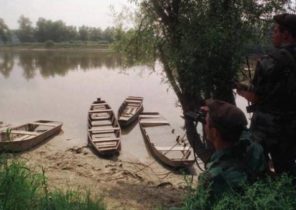