Russian extreme reality show Game 2 Winter described as “the Hunger games” in real life, where everything is allowed: fighting, murder, rape and theft. Swede mats Goldberg (Goldberg Mats) from Almedalen filed an application for participation in the competition.

— I hope to show the Russians that we Swedish Vikings, are not afraid of cold and can withstand all the trials and loneliness of the Siberian taiga, says mats to the press.

While the mats is the only Swede who has filed an application for participation in the competition. In Sweden he became famous last summer swam the river, Dalalven from lake Helsen to the Park Furuvik. Mats is a single father of two children, he is now studying for instructor of mountaineering and tourism in Almedalen.

I hope to inspire others to a more active life in the fresh air, and in this area I would like to work out the rest of your life, why then not take advantage of the chance to gain knowledge and experience?— mats responds to a question about why he decided to apply for participation in the Russian extreme show.

Eugene Pyatkovsky, organizer Game 2 Winter, said that neither he nor his team will not be held responsible for what happens during the show. Critics believe that this will provoke wild and aggressive behavior of participants. From the description of the project, however, it appears clearly that the law is above the rules of the game, which means any criminal activity, for example, rape and murder, will be punished according to Russian law.

30 people will leave in the midst of wild Siberia. Those project participants that will remain to the end of a nine-month test, will share the prize of 15 million CZK. The show will be held in the Siberian taiga, where winter temperature often falls to -40°C. And also there are brown bears and wolves.

Here is how describes the competition in the press release.

June 15 will be installed the first camera and the world will see how the participants come to the place and undergo a medical examination and testing before the start of the show. Thereafter, former employees of the Russian GRU will train arrivals survival in the Siberian taiga. Then the contestants will meet the organizers of the project. By a vote of the participants will be divided into five groups, with six people in each group.

Then the project participants will be sent to the warehouse, where each team can choose their own equipment weighing up to 600 lbs. Each will also receive a portable camera that will be pinned on clothing. From this moment on camera all participants will be included and a reality show Game2 Winter will start to broadcast live on the Internet. Team with equipment on the helicopters abandoned in the forest. By the time the 2 000 cameras are already installed.

All participants will live in the Siberian taiga without any special rules, not only forgetting about the Russian laws. Initially, the organizers will visit the team each day to tell them how to survive in the forest, how to build a house, gather food and prepare for winter. In addition, each participant will have a “panic button”. If someone decides that he or she no longer wants to stay in the show, you can click the button and send a satellite signal, asking the organizers to evacuate. Within 60 minutes it is evacuated from the project.

Then each team will construct its own building, where they will spend the winter. Construction should be completed before the first snow. The team that can not cope with this task, will be disqualified.

Since, as will fall the first snow, every participant is left to himself. This means that everyone will be able to decide how and with whom he will eat, hunt, live and so on. When some of the participants in the project will gain a certain number of votes of the audience, he will receive a gift from the public. Project sponsors can arrange for the show special competitions, the winners of which will receive prizes.

1 April 2018 those who remain in the project, will share the cash prize. The initial amount is 100 million rubles, which is approximately 15 million SEK. 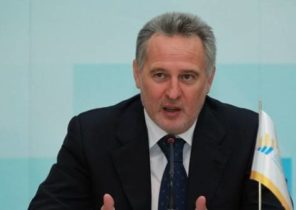 Austrian court rules on extradition of Firtash in the USA: all the details