The US government withdrew its diplomatic personnel from Venezuela, and right-wing groups to sabotage the work of the power plants to shut down the main airport of the country shortly before came alarming news: American troops landed on the territory of Venezuela and are moving in the direction of Caracas.

United States and the opposition were the protagonists of the Venezuelan army exercises conducted at the end of the week involving 76 thousand troops, 102 thousand militia and 400 thousand civilians, who showed their readiness to repel a possible invasion of foreign forces or the emergence of the Arab spring in Venezuela.

The scenario of military exercises, the role of the bad guys was assigned to Washington and “treacherous Venezuelan opposition”.

“There is information that foreign forces, whose numbers are unknown, with all the means at their disposal to land in the state of Vargas (Vargas) and reach the capital of the Republic”, it was stated in one of the letters distributed during the exercise.

During military exercises, the President of Venezuela Nicolas Maduro said that he intends to give the rifle and the weapons of the urban and rural population to protect the country’s sovereignty. Maduro made the announcement, holding a sniper rifle manufactured in Russia.

“The U.S. government announced the recall of all diplomatic staff accredited in Caracas, and threatened with pinpoint strikes on command centres, communication and command posts in Maiquetia (Maiquetía) in order to subsequently strike at Miraflores (Miraflores), Palacio Blanco (Palacio Blanco) and Fuente Tuna (Fuerte Tiuna)”, — was said in one of his Epistles.

Footage of the exercise called “Comprehensive anti-imperialist defense of Zamora 200” was broadcast on Saturday on radio and TV to show the power of the Bolivarian revolution.

The President gave the order about carrying out of the exercise, when 85% of Venezuelans demand the change of government in an environment of severe economic crisis in Venezuela’s history, fearing that the tramp will tighten policy relative to Caracas.

Maduro has ordered to prepare the conduct of military exercises last month, stating that Venezuela has become the object of “undeclared war.” During the exercise, held in late weeks, he repeated this thesis.

“We are implementing the strategic concept, using theoretical knowledge and weapons to our country did not dare to attack any imperialist power or her puppets,” he said on Saturday.

“If Venezuela will ever be attacked in one form or another, we will exercise our historical right to move from defense to attack and to conduct operations throughout the American continent for the freedom of our people,” he added.

Retired General Antonio Rivero (Antonio Rivero) who developed the instructions for the exercises, called quite symptomatic that their script is based on the alleged invasion of the American troops.

“We proceed from the probable intervention of the United States, which can declare that the country is ruled by a criminal regime, whose leaders involved in the drug trade, as happened with Manuel Noriega in Panama,” said Rivero.

Aggression can also take the role of mercenaries, paid for by the Venezuelan opposition. During the exercises in their task was the sabotage at oil refineries, steel mills and power plants in the country — said Rivero.

On the other hand, the announcement of the opposition enemies of the state is an alarming phenomenon, designed to psychologically prepare the military for what they have to open fire on demonstrators, as they have already ceased to be by the Venezuelan people and turned into “internal enemies” of the regime, the General said.

Seriously speaking, it is carried out on the orders of Maduro’s teachings are nothing more than the usual farce, as the military high command of Venezuela understands that he can not win the military confrontation with the United States.

It’s just a show. The regime has at best 50 thousand people ready to fight fanatically against the country, which in 2003, just five weeks defeated the million-strong army of Saddam Hussein, he concluded. 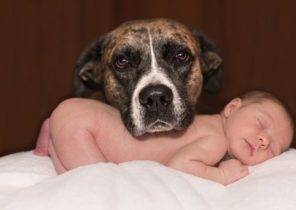