Many former British intelligence officers noted that all charges against trump are consistent with the modus operandi of Russian security services.

The mysterious former British spy, to disclose to the world the terrible information that allegedly Russia has scandalous information to blackmail the future President of the United States, it is no James bond.

Anyone previously unknown to the Briton Christopher Steele (Christopher Steele), who is known as a former agent of MI-6, this week released the controversial dossier on elected President of the USA of Donald trump, including his relationship with the girls of easy virtue in Moscow.

As told to El Pais, a former employee of MI-6, who requested anonymity, “Chris” in 90-e years worked under the “roof” of the British Embassy in Moscow. After returning to London was engaged in the analysis of classified information, received from Russia his Moscow colleagues. He was a good analyst and has held a post of the head of the Russian section of the British foreign intelligence service.

Now the whole world is obsessed with only one issue: whether the validity of the documents presented or not? According to the trump, this is another fake. The only person who can answer this question — the Russian President and former KGB officer Vladimir Putin. In the United States and in the world in this respect there is only speculation.

As stated by the publication, a former employee of MI-6, “the truth is that all of these leaks fit the modus operandi of the Russian intelligence services”. For the Federal security service of the Russian Federation (FSB), the successor of the KGB to carry out espionage activities against senior us and make files on them, is a routine matter.

The idea is that at a certain time, the accumulated dirt can be used in the interests of the Kremlin.

“There is no doubt that trump came to the attention of the FSB. This can lead to unpredictable consequences, when a few days in the hands of the trump will be the “nuclear suitcase,” said a former agent of MI-6.

Also there is nothing unusual in the fact that the FSB videotapes important guests in the hotel rooms. “Classy hotel, where we stayed a trump in Moscow, is no exception. It’s kind of a secret television Studio FSB”, — said the interlocutor of the edition.

Another ex-employee of MI6, said that the FSB in Russia is fully in control of all branches of the Russian government, controlled by Putin. This policy has been in place since the days of tsarist Russia. “In Russia there is no law restricting the activities of the FSB. They controlled all. For Putin the cold war is not over,” — said the former agent of MI-6.

Trama surprising naivete, his belief in the good intentions of the “friend” of Putin, whom he trusts more than the intelligence services of the United States. As noted this week, a Russian dissident and world chess champion Garry Kasparov, “trump criticized Republicans, Democrats, Pope, elections, USA, CIA, FBI, NATO, Meryl Streep. The only person who was beyond criticism trump — Vladimir Putin”.

But most went to Hillary Clinton, who was his rival in the presidential election.

It is logical to assume that he will be asked to conduct public and in connection with the appearance in the media of the controversial “Russian dossier”. If trump doesn’t do it, it will make the us Congress.

It is obvious that fugitive Christopher Steele needs to appear before the world and tell all he knows about the “dark” history. It seems that the current scandal may in its importance to surpass the famous “Watergate scandal” that led to the resignation of US President Richard Nixon. 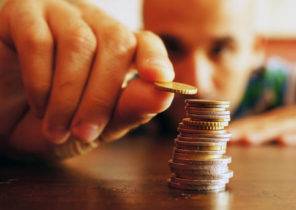 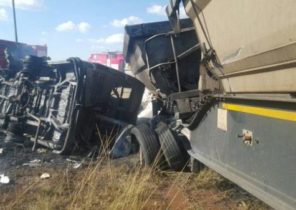