International reserves of Ukraine on January 1, 2017 amounted to 15,539 billion dollars in equivalent. This is evidenced by preliminary data of the National Bank of Ukraine (NBU).

Thus, for the month reserves increased by 1.8%.

“Growth of reserves for December was received in favor of the government for the sum of 607,9 million dollars. The funds the government received from two sources – from the placement of government bonds in the amount of $ 550,4 million and 55.1 million euros from the European Commission (EC),” – noted in the NBU.

According to the national Bank, at the same time, the reserves were spent on the servicing and repayment of public debt in foreign currency. For these purposes it was spent 140,9 million dollars.

In addition, at the end of December increased volatility in the interbank market. Accordingly, the national Bank only in the last week of December held three auctions to sell foreign currency in which granted the application of the parties for a total amount of 202,7 million dollars.

Over the last year, Ukraine’s international reserves grew by $ 2.2 billion, or 17%.

One of the main sources of increase were foreign exchange interventions of the National Bank. Net purchase of foreign currency in the past year amounted to $ 1.6 billion.

The increase in reserves was facilitated by the receipt of third tranche from the International monetary Fund under the program of expanded financing (EFF) in the amount of $ 1 billion, as well as associated with the IMF program of official financing in the $ 1 billion Eurobonds by the Ministry of Finance of Ukraine under the guarantee of the U.S. government.

At the same time, the volume of international reserves at the end of 2016 appeared below the official forecast of the NBU.

“The forecast was based on assumption of successful completion of the third review of the EFF in 2016. In this baseline scenario, the NBU is expected that the fourth tranche from the IMF in the amount of 1.3 billion dollars will go to the end of last year. In this case, and in the case of income of 600 million euros from the EC up to the end of the year, at the end of 2016 international reserves had grown to $ 17.5 billion, Respectively, failure to obtain this funding has led to the fact that the actual amount of reserves were at $ 2 billion less than projected.

According to the results of 2016, the volume of international reserves of Ukraine covers 3.7 months of imports is sufficient to meet the liabilities of current operations of the government and the National Bank, says the Bank. 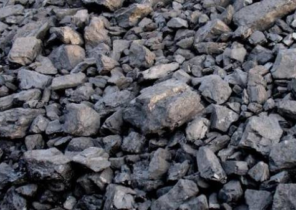