One of the first symptoms in chronic iodine deficiency is fatigue, lethargy and drowsiness. One of the main functions of thyroid hormones is to provide the body with energy.

In most cases of chronic fatigue, iodine deficiency is accompanied by muscle weakness. Such symptoms should prompt a person to consult a doctor.

This symptom of iodine deficiency can be noticed with the naked eye. Most often due to lack of iodine, the swelling appears under the eyes, legs and arms. Take diuretics in this situation is not only useless, but dangerous. When taking these drugs from the body washed out nutrients, which leads to disruption of water-salt balance.

In women, iodine deficiency is often accompanied by disorders of the menstrual cycle, as this interferes with the common hormonal background. Prolonged iodine deficiency may develop infertility and the onset of premature menopause.

If iodine deficiency develops during pregnancy, it negatively affects the fetus. Possible congenital abnormalities and even miscarriage.

Frequent colds can be one of the symptoms of iodine deficiency. Iodine plays an important role in maintaining normal body resistance. If there is insufficient iodine, the body becomes more vulnerable to viral, bacterial and fungal infections.

The decrease in metabolic activity due to iodine deficiency is often accompanied by insufficiency of iron in the blood. In such cases, anemia, as a rule, is not expressed in nature, and manifests itself already in the late stages of hypothyroidism (reduced activity of the thyroid gland related to iodine deficiency). The patient was worried about noise in the ears, weakness, pallor and dizziness.

Iodine is necessary for normal activity of the thyroid gland, which produces hormones thyroxine and triiodothyronine. They take an active part in metabolism. When iodine deficiency decreases the production of hormones, and therefore decreases metabolism. All this leads to accumulation of adipose tissue. And the problem of swelling, which is also characteristic for iodine deficiency, only exacerbates the situation, contributing to the appearance of extra weight.

7. The decline of intelligence

The lack of iodine in the body leads to reduced attention, poor memory and intellect. Iodine deficiency leads to a reduced metabolism in brain cells, which lose their ability to remember dates, process information and solve complex problems. If iodine deficiency is not addressed, it may develop a deep depression. 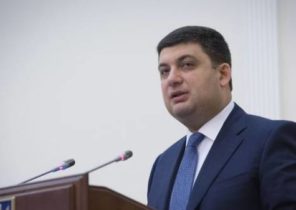 Groysman addressed the blockers in the Donbass