It was a new middle class and a half decades of growth under Vladimir Putin. During this entire period, provided the Kremlin’s economic and political stability, Russians from big cities are accustomed to spend money on apartments and villas, to go on holiday to France or Thailand, walk with family at restaurants, record their children in the different sections, to buy health insurance and life insurance.

From a lot of this had to be abandoned due to the longest recession since the arrival of Vladimir Putin to power in 1999. The main victim was the new middle class, which because of inflation in 2015, as well as the reduction of wages and purchasing power have for the past two years to tighten their belts. As the polls say, despite the signs of economic recovery, improving growth forecasts on the background of the rise in oil prices and the reduction of inflation is 6%, the middle class still postponing big purchases and loans.

In boom years, it was the best signs of recovery of consumption, which was the second driving force of the Russian economy in addition to hydrocarbons. Some of the indicators are in the green zone, such as car sales, which demonstrated growth for the first time in two years. Nevertheless, the tight fiscal policy of the government, the persistence of high interest rates and the risk of unemployment keep the pressure on consumers.

All, according to Sberbank, the middle class fell to 14 million Russians. As for social studies, only 51% of Russians consider themselves middle class, which is a historical decline after 15 years of rapid growth: from 2000 to 2013, the number had doubled to 60% in the purchasing power at 85% of consumption.

Anyway, to delineate the boundaries of the middle class in Russia is not so easy. Recent estimates rely exclusively on purchasing power. In the independent Levada center believe this approach is too narrow and include other factors: social status, level of education and political values. A middle-class remains at the same level regardless of the crisis and is only 10-15% of the population. 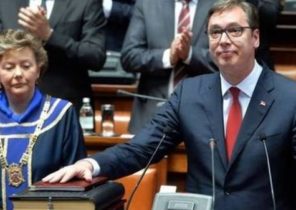