“16 July, the Russian shipbuilders will conduct the installation of two upgraded frigates of Project 22350, two multipurpose nuclear submarines of Project 885M “Ash-M”, and for the first time in the history of the Navy of Russia two amphibious multipurpose helicopter Project 23900″, — said Tuesday the state Agency TASS source in the Russian defense industry.

The press Department of “Northern shipyard” refused to comment received from this source information.

Both modernized frigate of Project 22350 will be built on the “Severnaya Verf” in St. Petersburg, which is part of the United shipbuilding Corporation. The state media also announced that these two ships, apparently, will be named “Admiral Yumashev” and “Admiral Spiridonov” — in honor of two prominent officers of the Soviet Navy.

Currently, the “Northern shipyard” are in various stages of construction of four frigates of Project 22350 and streamlined Project 22350. Among them the frigate “Admiral Kasatonov” named in honor of the Soviet naval officer who commanded the Baltic fleet, black sea fleet and Northern fleet, and then became Deputy commander of the Soviet Navy. This ship was laid in late 2009, launched in 2014 and is currently undergoing tests at sea and preparing to join the Navy Russia.

The construction of new submarines

In addition to the two new frigates at the shipyard “Sevmash” in Severodvinsk (this plant is also part of the United shipbuilding Corporation) was founded two multipurpose nuclear submarines of Project 885M “Ash-M”. The contract for their construction was signed last summer for the international military-technical forum “Army-2019”.

It is also reported on the establishment of shipyard “Zaliv” in Kerch city of two landing helicopter. Originally a solemn ceremony of laying was held on June 29, but was postponed to a later date. Apparently, the displacement of these amphibious assault ships Project 23900 will be 25 thousand tons, and their length will be equal to approximately 220 meters. The ships of this class will receive more than 20 heavy-lift helicopters and will be able to carry up to 900 Marines.

For Russia it is absolutely new ships as amphibious ships of this class were not built, neither the Soviet Union nor in the Russian Federation. The first details regarding the project 23900 appeared during the visit of Russian President Vladimir Putin in January of this year, the exhibition dedicated to the future development of the Russian Navy. This was reported by the Naval News magazine earlier this year.

Ships of the Project will be shorter 23900 amphibious helicopter carrier naval forces of the United States of “America,” a displacement which is comparable with the displacement class aircraft carriers “midway” (Midway) or even landing class helicopter carrier “Wasp” (Wasp). These American ships can be called the light aircraft carriers, because they can take on Board aircraft such as the AV-8B Harrier II and F-35B Lighting II.

The American amphibious assault ship “Bonhomme Richard” (Bonhomme Richard), who received last week’s damage due to fire, is one of eight ships of the class “Wasp” in the part of the naval forces of the United States. 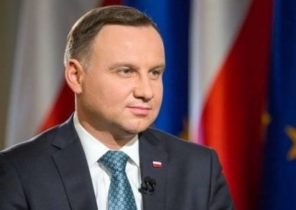 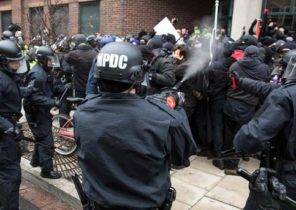