On the Peninsula from the occupiers have ships, aircraft, missiles, armored vehicles

The commander of the joint forces of VSU Sergey New on one of the TV channels told about the number of Russian troops in the occupied Crimea.

He confirmed the data, he showed that on the territory of the annexed Peninsula are 200 armored vehicles, 31 tanks, 100 artillery systems, 34 helicopters, 63 aircraft, 684 units of military equipment and 500 Russian soldiers 32.

“Yes, this information (about the number of Russian troops and equipment in the Crimea) are true. I want to add that ground forces is 11.5 thousand people. We are talking about all part on the temporarily occupied territory, to include naval forces of the Russian, as well as the forces and means of antiaircraft defense. Directly ground forces consists of two brigades and one battalion,” said New.

We will note, recently the military and experts in Ukraine and even the us General Ben Hodges, warn about a possible attack of Russia with the Crimean direction on the background of the September large-scale exercises “Caucasus-2020”. As reported “Today”, recently commander of the joint forces have said that the probability of a threat of Russian troops from the Crimea is exaggerated, because at present there is no immediate threat of the invasion of Russia. Also New told me that APU is considering several scenarios of possible Russian aggression.

Meanwhile, Russia is concentrating thousands of forces along the border with Ukraine. The head of the Main Directorate for international cooperation and verification of the APU General-Lieutenant Leonid Golopatyuk noted that the assembled troops that are capable of conducting sudden offensive actions on the territory of Ukraine.

War, Ukraine and Russia: will Vladimir Putin’s next? 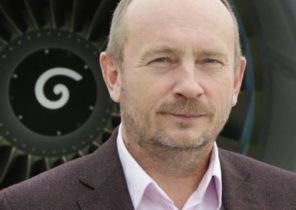