Russian oil is constantly in the “brutal regime”.

If it’s a slogan, it is very similar to the motto of the U.S. mail. “Neither rain, nor of the Siberian ice, nor negative oil futures” will not make the Russian state oil company to drop out of the Forbes Global 2000 list.

Of the 10 companies included this year in the rankings, seven are oil and gas. Yet there are two banks (Sberbank and VTB) and “Norilsk Nickel”. Leading seven is looking for oil and gas everywhere from the cold Kara sea in Russia to the most remote areas in Bolivia.

Biggest company “Gazprom” this year was the 32nd transnational Corporation in the world, up from 40th place, which she held in 2019. This company has become a byword for enthusiastic policy experts who follow Russia. She owns a major block of the pipeline “Nord stream — 2” which will connect Russia with Germany, and she is threatened with sanctions by the United States. The European partners of Gazprom are dissatisfied with it. They still continue to participate in this project, because Gazprom is the main and largest supplier of natural gas to Europe.

“Rosneft” in second place. This is the 53rd company in the world, and it is in the current Forbes rating has dropped one position from last year, when she belonged to 52nd place.

Most people do not know about, but because of problems with debt in Venezuela, the company Citgo, which is wholly owned oil firm PdVSA, is now 49.9% owned by Rosneft.

If fans of the baseball team “Boston Red SOx” this year will go to the stadium “Fenway Park”, they will see that on this green Hulk hanging red neon logo triangle Citgo, much of which is owned by the company, whose General Director of the Russian media is often called the Darth Vader. It is quite possible that Igor Sechin, according to the degree of its influence is on the second place in Russia, second only to Vladimir Putin.

LUKOIL is the third largest Corporation in Russia. In the world she takes the 99th place, and in 2019 occupied 97-e. the One who ever drove new York to the suburbs, for sure filled up your tank of gasoline at the pump lukoylovsky. It is Russian dressing.

The greatest success among Russian firms in the Global 2000 this year, made another private energy company NOVATEK. Among public companies, he moved with 499 th 316 th place.

Controlling stake in NOVATEK owned by billionaire Leonid Mikhelson. The company is known for its gas deposits in Siberia, and she is one of the key producers and exporters of liquefied natural gas, much of which goes to China. Perhaps, NOVATEK is one of the main competitors in the U.S. LNG in Asia.

But this year began for the Russian disgusting. In March, they did not renew the agreement on production cuts with OPEC, mainly the Saudis. Russia withdrew from the prisoner three years ago, a deal on quotas for production, causing oil prices have fallen on the floor. Then they said they will increase production because the pandemic covid-19 destroyed demand for oil and prices fell even lower. And then in April came the historic day when may futures went crazy because the prices for oil was $ 33 with a minus sign, and the next day came to life when has expired period of validity of the contract. Oil is still cheap. The past few weeks kept at just above $ 20 per barrel.

From the point of view of business, Russian state oil and gas firms too big to fail. “They will not sink, no defaults,” says economist Luis Peixoto (Luiz Peixoto), working in London in the company of BNP Paribas.

For investors Russia is never cheap. “We bought shares of “Gazprom” and “Norilsk Nickel”, — said the Manager of Dutch Foundation Blauwtulp Wealth Management. Many Russian stocks are now very cheap due to the pandemic. And many unexpectedly demonstrate solid growth.”

The head of Sberbank German Gref called the current oil and epidemiological crisis, “a walk in the Park” compared with previous economic explosions in Russia. This year in the ranking of Global 2000, the savings Bank took 402 place. This is a serious slipping a few hundred points, because in 2019 he was standing on 47th place.

Russia’s dependence on oil and gas remains a huge problem. Many years have passed after the collapse of the Soviet Union, and Russia, if we talk about its most important corporations, is still similar to the “one big gas station”, in the words of one deceased Senator John McCain. But the famous dictum of the Rothschild’s “buy to the sound of cannons, sell to the sound of trumpets” was as if specially invented for Russian stocks, and today anyone who buys the shares of the Fever, will become the owner of securities of “Gazprom” or veyderovskiye “Rosneft”.

During a global pandemic 2020, the Brent oil fell by 75% from 69 to 17.30 per barrel, and the MSCI Russia fell by 51%. Russian accustomed to landslides. This time they did not rise to the bait. Local buying. The Russian giant Corporation wins.

“In Russia, the crises occur two times more often than the rest of the world. Russian investors have to be alert, — says Grigory Sedov, who is the governing Director of the Department on work with private clients in the investment company “Renaissance Capital” — Many Russian investors were able to approach the crisis in good shape.”

After the pandemic in Russia will rise. Oil will rise again in price. Russian oil and gas companies will have the opportunity to get out of the pit that they themselves dug, entered into a dispute with OPEC and American oil companies of the oil shale sector. Some oil firms because of this confusion in the future year will fall even lower in ranking Global 2000. But none of this will collapse and stars will not disappear. 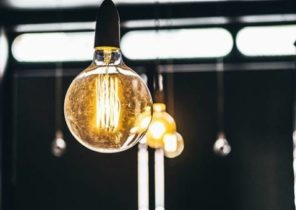