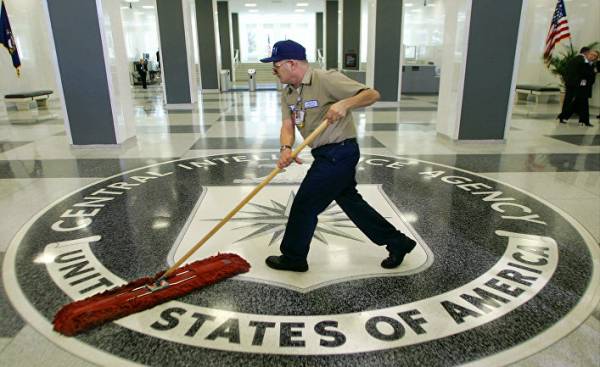 Allowed to publish the records of interrogations conducted by the house Committee on intelligence, show that senior executives from law enforcement and intelligence agencies had no evidence of collusion between the headquarters of the trump and Russia during the elections of 2016. On Wednesday “Fox news” said the officials from the administration and members of the intelligence community.

This coincides with the results of the investigation of former special Prosecutor Robert Mueller has found no evidence of illegal or criminal interaction between President trump, trump headquarters and Russia in 2016. However, numerous protocols cause a lot of questions about the statements of the Chairman of the Committee, Adam Schiff (Adam Schiff), who spoke about “direct evidence” of collusion.

This week, Republicans from the house of representatives asked more than 6,000 pages of transcripts of interviews conducted by the Committee in 2017 and 2018. They did this due to the fact that the Committee in September of 2018 voted for their publication.

A day later, the acting Director of national intelligence Richard Grenell (Richard Grenell) has notified the Democrat Schiff, edit, depersonalization and declassification of documents has been completed, and that the protocols of interrogations released to the public. Thus, the ball was on the half of the field of Schiff.

However, the security services said on Wednesday, “Fox news” that Schiff has instructed the Director of one of its subcommittees to contact the heads of the intelligence agencies and find out how Grenell (it is a well known ally of trump) was involved, and what role it could play in the process of depersonalization and declassification protocols.

However, the “Fox news” has learned that the edit was completed before Grenell in February became the acting Director.

According to one of representatives of special services, the process of depersonalization and declassification protocols was held with former Directors Dan Code (Dan Coates) and Joseph Maguire (Joseph Maguire), and carried his staff of intelligence. The representative also told the “Fox news” that the heads of the relevant departments consulted about the depersonalization and the declassification of a total of 53 protocols.

In a letter addressed to the Schiff dated may 4, Grenell wrote that the study of 43 of the 53 protocols were completed in June 2019, and that the “interdepartmental review of the remaining 10 documents are also completed.” Grenell added: “In accordance with your instructions, the protocols White house was not transferred”.

Among the remaining 10 documents are the materials of interrogation of the eldest son of the President of the trump … Donald trump Jr., former presidential adviser Steve Bannon, brother-in-law and Advisor to the President Jared Kushner, trump’s assistant, hope Hicks (Hicks Hope) and former head of his staff Corey Lewandowski (Corey Lewandowsk).

Further Grenell wrote to Schiff, that he is willing to disclose the records directly from the Office of the Director of national intelligence, “that all are consistent with the results unanimous and bipartisan vote on the publication of the protocols.” However, it is unclear when Grenell can publish this entry.

The official representative of the house of representatives Committee on intelligence said Wednesday “Fox news” that letter Grenelle was received on Tuesday.

“After years of unnecessary delays, the Office of the Director of national intelligence made, finally, of a long process of declassification of the minutes of the Committee. It seems also that the White house abandoned its inappropriate requirements to display the basic protocols that the Committee naturally rejected,” said the representative.

“Now we are analyzing the proposed Office of the Director of national intelligence changes in accordance with the requirements of secrecy, the interests of the investigation and requests the office to identify excerpts for internal use, — continued the representative. Given the fact that the acting Director of national intelligence clearly plays a political role, including leakage of the contents of the letter, the Committee and the society cannot be sure that its definition is made on the basis of the circumstances of the case”.

The representative added: “the process is too long, primarily because the office of the Director of national intelligence unnecessarily slows down the process of declassification and publication of several protocols at the request of the White house.”

He also said that the new amendments proposed by the Office of the Director of national intelligence, will be “held as soon as possible, but given the restrictions imposed by the pandemic.” The representative stressed: “We look forward to the moment when you can publish these records related to violations of the headquarters of the trump and the President.”

According to familiar with the contents of the protocols of the source, among the 53 approved for publication documents there are articles questioning trump, Jr., Kushner, Hicks, Lewandowski, former counsel to trump, Michael Cohen, Roger stone, brad Parscale, Michael Caputo and Rick Dearborn.

Another familiar with the contents of the protocols, the source told the “Fox news” that interrogated during the investigation in the intelligence Committee people were asked whether they have evidence that the trump or his staff during the election campaign of 2016 has entered into an agreement with Russia or coordinated their actions with it.

Two informed sources told the “Fox news” that none of the 53 witnesses could not provide evidence of collusion.

“Records show a complete lack of evidence, although the Schiff himself said that he has not only indirect, but direct evidence proving a conspiracy,” he told “Fox news,” one source involved in the investigation of Russia’s actions.

Muller at the conclusion of his nearly two-year investigation also stated that neither he nor his team found no evidence of criminal collusion or cooperation between the staff of trump and Russia. However, they concluded that obstruction of justice, while acting as attorney General bill Barr, in the end, decided not to review the case.

Law enforcement officials have long been talking about the availability of intelligence information, indicating the intervention of Russia in the presidential elections of 2016. But today not brought any allegations of collusion to those people who were connected with the headquarters of the tramp caught in the midst of an investigation against Russia.

The investigation failed to bring charges linking the headquarters of the trump and Russia as parties to a criminal conspiracy.