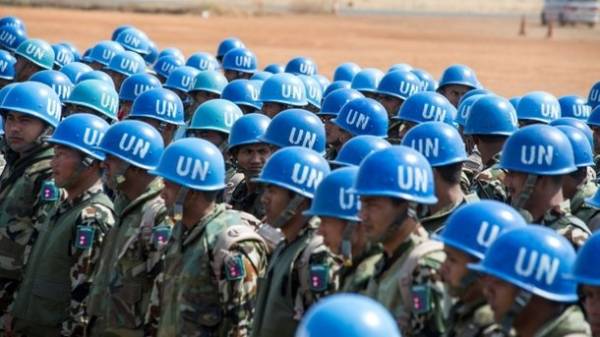 During the week, Petro Poroshenko will speak at the UN General Assembly in new York, where they again raise the question about the possibility of unfolding in the Donbas peacekeeping mission. The Ukrainian delegation has already registered the UN resolution. Russian resolution on the admission to the Donbass “blue helmets”, though only on the boundary line, in support of the United Nations is not found. The Russian Federation has registered on behalf of Vladimir Putin, on 5 September said he supported accommodation in the Donbass peacekeepers, but on their own terms. Experts say that Russia, thus changing its tactics. Others believe that Putin’s statement about the admission of peacekeepers in the Donbass an element of a hybrid war on “we’re not there” and “Russia in the Donbass only the peacemaker and observer”. In any case, this week Ukraine at the UN to be a tough fight with Russia on the deployment in Donbas “blue helmets”, given that Moscow, as a permanent representative has veto power.

“We are there”. The theme of peacekeepers in the Donbas has been discussed for years, but only recently received a response in the Kremlin. Just a week after the statement of Peter Poroshenko about the fact that at the UN General Assembly he will raise the issue of the deployment in the Donbass peacekeeping force, Vladimir Putin unexpectedly said: “the Presence of peacekeepers, even you can’t tell the peacekeepers, and those people who provide security of the OSCE mission, I believe it is appropriate and don’t see anything wrong. On the contrary, I believe that it would benefit the problem in the South-East of Ukraine.”

But, according to the President of the Russian Federation, to be a peacekeeping force should be exclusively on the demarcation line. For us this is totally unacceptable. Through 426 miles of uncontrolled border Russia is constantly moving machinery, military and so-called humanitarian convoys “DNR”/”LNR”. It is clear that Moscow wants to maintain control of the border to keep Ukraine on the hook of the constant escalation of hostilities, if Kiev will make something that is not like Moscow. Russia has even registered the relevant resolution at the UN. True support in the ranks of the Organization she found.

“Today, virtually none of the members of the security Council in addition to Russia, has not spoken in favor of their ideas. Some just remained silent. And the vast majority said that he sees no point in working on this format, which offers Moscow”, – said the permanent representative of Ukraine to the United Nations Volodymyr Yelchenko.

The Ukrainian delegation, according to AP Deputy Konstantin Yeliseyev, submitted to the UN security Council its draft resolution on the placement in the Donbass peacekeepers. But even if the UN and so decides (considering that Russia in the security Council have veto power), to the actual deployment of “blue helmets” in the Donbas may take six months or more. You need not only effective vote in the security Council, but the consent of national parliaments of member countries of the UN, the time to formation of the budget of the mission, sending assessment mission to Eastern Ukraine, and the delivery of equipment, machinery and peacekeepers. “The main thing for that peacekeeping operation cannot be approved if it does not support the country where the mission is assigned. That is, any elements that do not suit us, of course, will become a barrier in order to get the deal approved. So it depends on us a lot, and our word will be the last”, – explained Vladimir Yelchenko.

Putin’s response by peacekeepers in the Donbass is a kind of element of a hybrid war. After the Russian resolution did not find support in the UN, the head of Russian foreign Ministry Sergei Lavrov said that was actually referring to Putin, when talking about the peacekeepers in the Donbas. “This is not a UN force, it is a mission to promote the security of the OSCE observers. It is in full accordance with the logic of the Minsk agreements. Our proposal is that the OSCE observers in good faith, accurately and effectively perform the monitoring of the implementation of the Minsk agreements, let’s give them an armed guard, whose composition will be determined by the conflicting parties – Kiev, Donetsk and Lugansk (hinting that we should sit at the negotiating table with the militants – Ed.)”, Lavrov said, adding that Ukraine’s offer to deploy peacekeepers on the border with Russia does not correspond to the Minsk.

Despite all the contradictions and duplicity of the statements of Russia, its agreement on the peacekeepers had already excited in Paris and Berlin. French foreign Minister Jean-Yves Le Drian said that France with great interest got acquainted with the initiative of Russia at the UN-ovsky contingent, but requires careful scrutiny. But the foreign Minister of Germany, Sigmar Gabriel not only praised the Putin agreed on the peacekeepers, but also suggested that this could be a first step towards the lifting of sanctions against Russia. In the office of the Chancellor Merkel has accused Gabriel in the initiative and were more restrained in their statements welcomed Russia’s agreement, but stressed that the “blue helmets” should be located throughout the Russian occupation of the Donbas, including the border.

Russia will not change its policy. On the 27th Economic forum in Polish Krynica-zdrój, where he was the correspondent of “Today”, Western experts discussed the possibility of unfolding in the Donbas peacekeeping mission and the consent of Russia. All analysts agree that this is a game in Russia “we are not there” and “we are in the Donbas performed the role of peacemaker.” In fact, Russia now seeks implementation of the Pridnestrovian-Abkhazian-Ossetian scenario: recognition of the independence ORDO, and the introduction of peacekeeping forces (the backbone of which, according to Russia will be Russian) to form the ground for the establishment of its military base there as his time in Transnistria.

On one of the discussion panels in the framework of the Economic forum in Krynica “the Hybrid war of Russian Federation against Ukraine, Poland and Baltic countries. How to resist?” there was a case that clearly demonstrates the attitude of Russia to Ukraine. When a member of the Polish Sejm Malgorzata Gosiewska said that the Western response to Russia waged war in Georgia in 2008 and Ukraine in 2014 were weak, two Moscow professors, sitting in the front row, suddenly called present “Bandera”, and Ukrainians – “constitutional coup.”

“This just shows that people “sit” on the payroll. This is a classic example of how Russian propaganda”, – said the head of the Board WOT Fund Association For a Free Russia Anastasiya Sergeeva. According to her, if the budget of the Russian propaganda channel Russia Today conditionally $300 million, in order to oppose it, the West needs to access the same counter-propaganda channel, but a budget of $600 million “And be sure that the people that make it RT for $300 million, will go to work for you even for $500 million But you have to be sure that Russia will not find another $300 million from the top” – said Sergeyev.

Indeed, Russia is investing a huge amount of money in propaganda, particularly in Europe. So during another panel discussion, Professor Georg-August-University (Germany) Peter Schulze directly stated that Ukrainians should forget about Crimea, declaring it a de facto Russian, and Donbass to make concessions, as Germany wants to get back to business as usual with Russia. But after the Belarusian expert Arseniy Savickogo that Russia is the aggressor and occupier, which in 2008 attacked Georgia and occupied Abkhazia and South Ossetia, and in 2014 have done the same in Ukraine, moderator, head of the Center of the British researches of Institute of Europe of Elena Ananyeva said that she doesn’t like the word “annexation” and “aggression”.

“I (referring to Savickogo Arseny Ed.) I ask not to use the word “aggression”, “occupation” and “annexation”. It is not clear who is the aggressor. Maybe Saakashvili, who first fired at South Ossetia in 2008,” added Ananiev.

Hope that in the near future Russia will change their behavior and agree on the same peacekeeping contingent in the Donbass in Ukraine, it is not necessary. According to political expert, Professor, NTUU “Kiev Polytechnic Institute. And Sikorsky’s” Eugene Magda, Russian-Ukrainian relations have lost the potential neighbourhood for a long time. But that is no reason to not implement reforms. More and more experts and Western politicians have long hinted that Ukraine should move from the image of a victim to becoming a successful state. Yes, as long as Russia is not interested in resolving the situation in Donbas. But a massive escalation in the opinion of the national security adviser of the office of the President of Latvia Janis kazocins Putin is now useless. In his opinion, the Kremlin is seeking the lifting of sanctions, so any confrontation with the West, which may result in additional sanctions, it is not profitable.

At the same time, experts emphasize again that Ukraine should focus on reforms and, finally, to show the West the result. As already reported, “Today”, in the second day of the Economic forum in Krynica, former Prime Minister of Lithuania and current member of the Seimas Andrius Kubilius presented to the participants of the Marshall Plan for Ukraine. The document proposes to invest $5 billion a year to the Ukrainian infrastructure, decentralization and small and medium businesses. But instead, Ukraine should demonstrate strong progress in reforms and the fight against corruption. 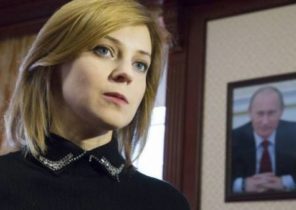 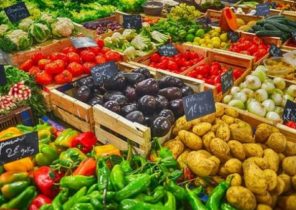