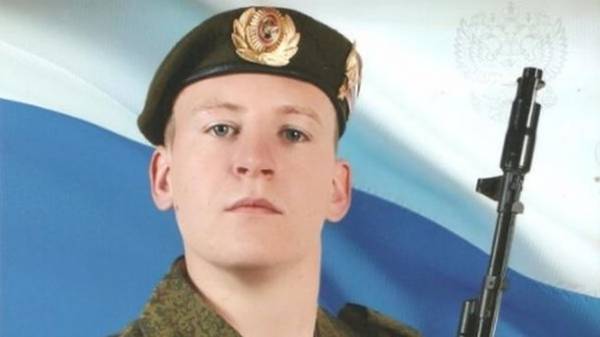 Captured in the Donbass Russian soldier Viktor Ageev met his mother. This was at the briefing on Saturday said the head of the security Service of Ukraine Vasyl Hrytsak.

“Our investigators, on behalf of the head of state went to meet him, and right now in Starobilsk the meeting is held captured in the Donbas Russian military Ageeva with his mother”, – said Hrytsak.

According to him, “the decision is another attempt of Ukraine to continue the process of liberation of hostages, which is now artificially block the representatives of the so-called “LNR” and “DNR”, but in fact, the top Russian leadership to exert political pressure on us, on Ukraine.”

“We call on mother Ageeva after a meeting with her son to appeal to the President of the Russian Federation concerning the release of all Ukrainian hostages”, – said Hrytsak.