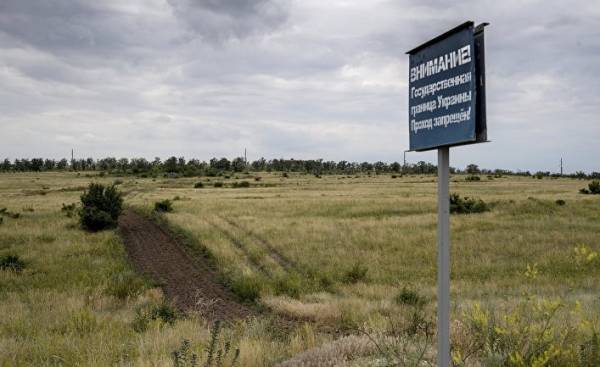 The media widely commented on recently released population projections of the UN — disastrous for Poland. But the real disaster is approaching in Ukraine, where demographic collapse in connection with the collapse of the economy will create our South-Eastern border in the geopolitical hole, which will fill Russia or the West.

Ukraine may cease to exist even during the current generation, with fatal consequences for Polish security. It should be borne in mind that we are dealing with, especially in historical disputes, not with an equal partner, but with bedridden patients. In 20 years it may happen, that just won’t someone to prove our moral innocence about the genocide of poles in Volhynia and Eastern Galicia.

According to the UN, in the next 30 years the population of Poland will decline to 32 million people, and by the end of the century — up to 25 million. This happens with preservation of the fertility level less than 1.3 children per woman.

…But Poland can be with this problem to handle, as its economy develops in the next few years will be one of the largest in the world. This means that we can afford to support the programs of fertility, including to make allowances for each new child, Fund a free day nurseries and kindergartens on a massive scale. We also need to be attractive to high-quality immigrants. A developed economy also has a much greater ability to absorb technologies to enhance performance, even in the field of robotics and artificial intelligence.

…and the Ukrainians even less

We don’t have to fly into the air due to the explosion of the demographic bomb, we should not underestimate the power of the Polish state. An important context to our problems. In the end, no country in Europe does not reach the necessary level for replacement of generations is 2.1 children per woman. Western countries are aging and their population decreases, although this trend is most strongly affects the countries of Central and Eastern Europe. Including Russia, which is Poland’s greatest potential hazard. In subsequent decades, Russia’s power will decrease, not increase. But not so much that Russia was unable to swallow Ukraine politically or even geographically.

The situation in Ukraine is catastrophic. The UN placed Ukraine together with Poland in the group of countries most at risk of depopulation. Both countries have similar, very low levels of fertility. But between our countries there are many differences, causing the effects of depopulation will be completely different. In Poland now there are 1.2 million Ukrainians, who came in search of work, and a large part of them can stay in the country. In the coming years, obviously, Ukrainian immigration to Poland continues, which is the only way for families to solve their economic problems.

Poland became an attractive labour market. If other countries will begin to involve more Ukrainians in connection with the abolition of the visa regime with the EU, the demographic consequences for Ukraine will be turbopause.

The scale of the collapse is too great

Ukrainians have something to run. However, GDP growth in 2016 was made in Ukraine, 2 percent, and this year talking about 2.2 percent. But it’s too sluggish out of the deep of catastrophe, and too slow to put the country back on its feet. Currently, Ukraine’s GDP is 83 billion dollars in 2013, before the Maidan, the GDP was $ 180 billion. This comparison illustrates the price paid by the Ukrainians for the revolution and the war with Russia. The income of the average Ukrainian has fallen below the level of the Muslim countries of North Africa. The scale of the collapse is so great that Ukraine needed international support, but nothing like this is currently not happening.

Reliable data on the situation in the country extremely difficult to figure out. We don’t even know how many people currently live in Ukraine. No census was conducted after the loss of Crimea and Donbas, waves of migration, including in Poland. According to the latest census of 2001, Ukraine’s population of 48 million people, but all indicates that he currently lives there now fewer people than in Poland.

300 years ago most of the territory of present-day Ukraine was a vast uninhabited steppe. Who knows if it again. It is not necessary to beat the Ukraine, because she was so exhausted. Not today and not tomorrow, but in the end she could become a desert with a ruined economy and without the force to survive. Its capture or submission to Moscow painful blow to Poland, because it will disappear some buffer between us and Russia. Demographic data of the UN is only the first blow in a bell of alarm.