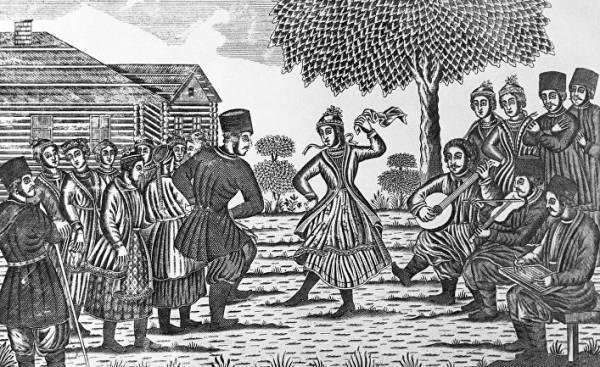 The President of Ukraine Petro Poroshenko responded to the news of the creation of the so-called “little” in the occupied territories of Donbass. During the visit to Georgia the President reminded that the project “Novorossia” was buried and promised to restore sovereignty over the Donbas and the Crimea, said press Secretary Poroshenko Svyatoslav Tsigalko on Twitter (18.07). “The project “new Russia” was buried. Ukraine will resume sovereignty over the Donbas and the Crimea, — Poroshenko declared. — Zakharchenko not a politician, but the doll, which transmits the Kremlin’s message.”

In the same spirit spoke and the chief of the General staff of the Armed forces of Ukraine Viktor Muzhenko, commenting Zakharchenko statement of intent to create a “little Russia”. As Majenko wrote on his page on Facebook (18.07), the so-called “little Russia” will disappear in the same way as “new Russia”. “The Ukrainian people are buried “Assembly.$UW”, bury “, malora$UW”. Sick imagination of the Russian puppets always disappear like a Mirage. The territorial sovereignty of Ukraine will be resumed. Unquestioningly!” — posted by Majenko.

Statements by the Kremlin clowns-puppets who call themselves leaders of the Russian occupation of the Donbas, the creation of the Ukraine — this is another proof of the aggressive plans of Putin and his maniacal unwillingness to solve the issue in the East of Ukraine peacefully. About this on his page in the social network (18.07)wrote to the Secretary of the NSDC Oleksandr Turchynov. “This perverted crap that was written in the Kremlin, and voiced mummers clowns like Zakharchenko, testifies to the desire of Moscow “strategy” again to resume the promotion of military aggression to the West, drawing in a bloody millstone new regions of Ukraine”, — said Turchinov. In his opinion, these inappropriate and provocative plans is another argument in favor of the adoption of the law “On peculiarities of state policy on restoration of state sovereignty of Ukraine on the temporarily occupied territory of Donetsk and Lugansk regions” and the need to accelerate the liberation of the East of the country from the Russian occupiers, and they control the criminal separatist dirt. “The fate of the Kremlin’s plan “Ruthenia-17” will be similar to “the new Russia 14”, or any other “Depilarsi” Putin format,” — said Turchinov.

The statement of the leader of fighters “DNR” Alexander Zakharchenko about creating a “little” can block the negotiations of the Trilateral contact group. This was stated by the representative of Ukraine in the security subgroup of the Trilateral contact group Yevhen Marchuk in the comments of the Ukrainian TV channel “112”, writes “Ukrainian truth” (18.07). Marchuk noted that Russia is trying to block the Minsk process, blaming it on the official Kiev. “Tomorrow’s meeting, and today — Zakharchenko’s statement. The statement is that in principle blocks tomorrow all the negotiation process. Tomorrow, whatever the order, one that suggested the OSCE, or we can change, we will start the discussion with this statement Zakharchenko. Because this statement means nothing to say”, he said.

Whether the statement of the leader of the DND Alexander Zakharchenko on the establishment of “little” attempt on Putin’s quasirandomly to draw attention to himself or to such “initiatives” do not react, “Apostrophe” (18.07) told the Russian financier and blogger Slava Rabinovich. “Remember this moment when he wrote in his journal or blog that he (Zakharchenko — approx. ed.) allegedly jumped 10 minutes in bed, or when I learned about the “annexation” of the Crimea, or on the first anniversary of “joining”, as he calls it. It’s about the Opera. The Opera is a retarded idiot and mentally retarded ghouls around him, — said Rabinovich. — I would place the Kremlin would necessarily distanced from it. In place of the President of Ukraine Petro Poroshenko, but I’m not in his shoes, I would have left this nonsense without comment and simply ignored them. On a place of state of Ukraine, I would have acted much more harshly than Ukraine is valid for all the territories that remained outside of its control. I would have acted the way Israel operates. It is unfortunate that Ukraine still does not take over the experience of Israel in the territories and those bandits.”

The German Federal government denounced statements by leader of the separatists “DNR” Alexander Zakharchenko regarding the “Foundation of Ukraine”. Official Berlin believes such a move “completely unacceptable”, reports UNIAN (18.07). “Zakharchenko has no legitimate right to speak for this part of Ukraine. Expect that Russia will immediately condemn this step, will respect and recognize it,” — said in a statement.

France urged Russia to condemn the statement of the leader of fighters “DNR” Alexander Zakharchenko about creating a “new state Malorossiya”. “We urge Russia to condemn this made a statement which is a violation of the Minsk agreements and betrays the spirit of the negotiations “channel format”. Russia should intensify its efforts to end this conflict,” — quoted by UNIAN (18.07) the official representative the Ministry of foreign Affairs of France.

In the U.S. State Department expressed concern over statements by militants of the intention to create a “state Ruthenia” instead of an independent Ukraine, but not going to “dignify” such statements militants great attention. This was at a daily briefing in Washington said the press Secretary of the U.S. Department of state Heather Nauert, writes UNIAN (18.07). “We heard that the so-called separatists — I pay attention, I call them so-called separatists — want to see a new state to be created in place in Ukraine. This is an issue that certainly causes us concern,” said Nauert. However, she noted that, in addition to these words, does not want to “dignify such a (statement) my answer”.

That is the statement Zakharchenko, whom they addressed in the first place and what are the two main objectives pursued by Moscow in an interview with “Apostrophe” (18.07) said military expert, chief editor of “Information resistance” Yuri, Karin. “I think everyone understands that options such as to shift the blame for the Kremlin has ended. Everyone understands that Donbas is not a rebellion, but a real Russian aggression with Russian soldiers and Russian military equipment. This statement can be regarded as one of the elements of hybrid war. On the one hand, this statement is for residents of the occupied territories, and on the other, the element of pressure on all parties to the negotiating process, — the expert emphasizes. — Russia, forcing the wise to make such a statement once again shows your own inadequacy and inability. Also stands for the position that she make concessions will not, and will implement actions aimed at the escalation of the situation, so frightened the rest of the world went to her concessions, lifted sanctions, recognized the occupied Crimea, etc….. Will Russia on the territory controlled by Kiev to create promalactis movement? We have a little Russian movement sit in Parliament. What we can say, if one of the parties denies Russian aggression and advocated friendship with the state-occupier. Clearly, all this will be involved in all the elements.”

With the announcement of “the Ukraine” Ukrainians are now recognized by the Russian propaganda as a separate people, not “Russian — only in profile”, but now are distributed on a “right and wrong”. The correct Ukrainians like Kozhedub and made the Soviet space. Wrong they crucified the boy to accept the Volyn massacre. Correct Ukrainians won, together with Russian world war II, wrong — helped Hitler lose the Second world war. The correct Orthodox Ukrainians, and the wrong — Uniates, and no wonder they Khmelnitsky cut (flag, “little” declared the flag of Khmelnitsky). This means, writes blogger Alexey arestovich in the column, published on the website “Obozrevatel” (18.07) that the leadership recognized “the Russian project” in Ukraine failed, and decided to make a bet on the “Soviet project”, trying to sway 9-12 million Ukrainian soft “wool” by appeals to the Soviet understanding of “Ukraine” and nostalgia for the glorious industrial era.

According to experts of a site “Correspondent” Andrew Buzarova (18.07), statement on the establishment of the Ukraine should be associated with the final position of Russia on the LDNR. In the last three years had a lot of information about what will happen with these unrecognized republics. How Russia sees their formation, why were they not together still? And now Russia gives the answer to this question. First, it is an attempt of implementation in life of the Russian vision of the Ukrainian history and the Ukrainian state. And when there was a DNR and LNR, they had no history. After all, there was no such thing before. But little Russia — this is a well-known concept. However, over the last three years actually went decresase. That is, there was an attempt to create its own identity, the DNI and the LC. Obviously, this is not very convenient. So now with the involvement of historians, the famous Ukrainian figures is an attempt to create a vision of Russian statehood.