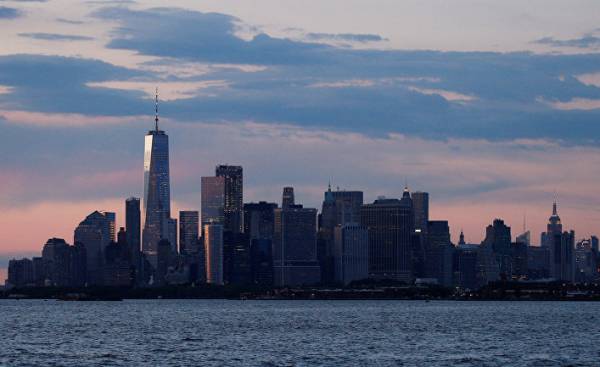 Why it is necessary to prepare? Because it is close.

Escalating political (family) problems of Donald trump combined with the artificially stimulated and unsustainable rise of the American economy means the prospect of recession. We are approaching the limits of amplification of anxiety (for political reasons) on which are superimposed other factors.

First of all, the rise of the American economy is stimulated artificially since the great recession of 2008 and the mortgage crisis.

Unemployment reached 10% by the year 2010, the Bank Lehman Brothers collapsed, interest rates have fallen to zero, the Central Bank bought bonds and mortgage loans of $ 4.5 trillion. Anyway, in mid-2009, again there has been growth.

But this time, he looked strange and averaged 2% per year. He didn’t have anything to do with jumps in the 2 — 4% in previous quarters, which allowed them to heal old wounds. It is possible to achieve extremely low unemployment at 4.4% of the economically active population, but without increasing wages. For the year it was 2.3%, i.e. half of the indicators 1998-2000 and 2006-2007, with an inflation rate of almost 2%. The country has created jobs, but the pace dropped to 180 thousand in the last six months, and participation in the labour force is 63% compared to 67% in 2001. Thus, the current “full employment” does not imply any increase of salaries or mass desire to work. Many Americans are unable to work (lack of skills, alcohol, drugs?) or don’t want to do (10% of unqualified young people to spend four hours a day for video games!).

In addition, the situation is volatile because monetary policy is opportunistic in nature, and all worried about the beginning of its normalization. After several months, the U.S. Central Bank will announce the timing of the sales of bonds. Maybe it will happen in December? In principle, this should take at least five years taking into account the desire to retain the portfolio in more bonds than before the crisis ($2 trillion vs trillion?). But it will mean an increase in short-term and long-term rates and the dollar.

Finally, economic growth as never vulnerable to political shocks: the us economy is moving forward in a constantly changing environment and not in a “classic rise” with the technological revolution. In politics, Donald trump gives all the light it: all its tax and stock strategy is a game! His personal and family problems (associated with Russia) inhibit the adoption of laws. He slips with the replacement/cancellation of the health care system of Obama. He has to wait for the promise of tax cuts, even though the debt ceiling will soon be reached (no later than mid-October). Moreover, connected with his election, the stimulus to growth was due mainly to the wealth effect. Exchange welcomed his coming to power (15% for a few weeks), but now that Standard and Poor’s and Dow Jones do not like the words of Janet Yellen (Janet Yellen) about raising rates. In other words, the signals — frankly not the best.

The stock exchange is usually “working” on the expected rise in profit due to low interest rates, weak dollar and wage cuts (all of it). She would prefer economic growth based on domestic demand and employment and not too believes in the strategy of rebalancing the bilateral trade Donald trump. The key to happiness for her is Apple and other tech corporations. The rise of their price has attracted investors and capital, the fruit of the patents and creates conditions for the purchase of start-UPS.

Today, the United States are in a situation of long-term economic recovery, which leads to the new world. There will be fewer middlemen and more direct operations based on “big data”, more robots and less inflation, may be more effective.

If the decline is imminent, how to prepare for it? First of all you need to say to ourselves that he is approaching, to strengthen the private sector and the budget, just one monetary policy is not able to do anything. We have the same one does not think about it: we rely on the strengthening of the economic growth of France (and the Eurozone) in the next five years without any complications.

It is necessary to reduce the burden on enterprises to enhance their profitability, in a short time to reduce budget costs through modernization of state agencies, to make the company more flexible. We forget that when the us recession will manifest itself, interest rates will still be at the zero mark, the French national debt is equal to GDP, and unemployment will remain high. We don’t understand what the social dialogue has enabled Germany to overcome the 2008 crisis and to restore growth. The employees agreed to a reduction of hours and wages with the promise to return to normal operation when the upturn will begin. In France on the first place there was (and still is?) another idea: to mitigate the external shock domestic demand. If we do not rethink our approach and not prescribe in regulations the term of protection for long-term growth, in the end, regret the time spent on debate about the preservation of certain benefits the face of imminent threats.