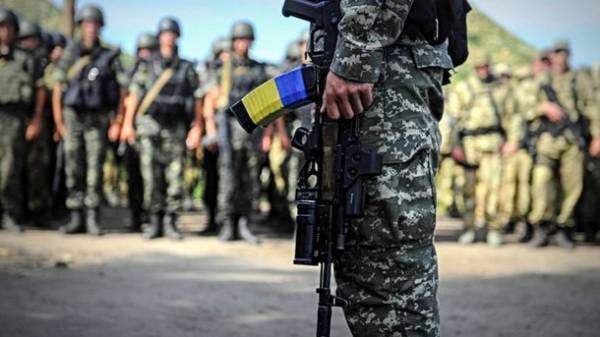 If against Ukraine will begin full-scale military operation, the Armed forces will primarily be those citizens who were called to the front during all stages of mobilization. This was stated in comments “Apostrophe” the commander of one of military units.

He explained that the Ukrainians who fought in the Donbass mobilization and retired, are the operational reserve of the first stage.

In addition, the former mobilized will also add the “conscripts” who served after 2014.

“This is a mandatory procedure: all who have been called to mobilize and participated in military operations in the Donbass, after dismissal are automatically included in the operational reserve of the first stage,” – said the commander of one of parts.

Read also: Muscovites on a full-scale war of Russia with Ukraine: “do not need”

According to him, in the operational reserve of the second phase includes all other reservists, including those who were in the military service until 2014 or the service contract.

Earlier, former defense Minister Oleksandr Kuzmuk said that the Russian army has increased significantly and continues to create a new army, so a full-scale invasion is not excluded. At the same time, he is confident that the occupants “may beat us, but to win.”