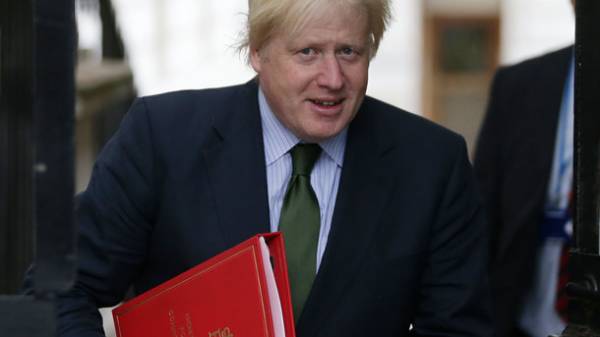 The Minister of foreign Affairs of great Britain, Boris Johnson has noted Ukraine’s progress in reforms in the last three years, particularly in public procurement and Declaration of income of civil servants.

“Ukraine has made over the last three years of amazing progress, more than in the previous 23 years, particularly in the areas of public procurement, Declaration of incomes of civil servants”, – said the British Minister during joint with Prime Minister of Ukraine Volodymyr Groysman press conference in London on Thursday, July 6.

Johnson said that all participants in the Conference on reforms in Ukraine, which takes place in London, agreed that Ukraine is still much to do, but all expressed confidence in the Ukrainian future.