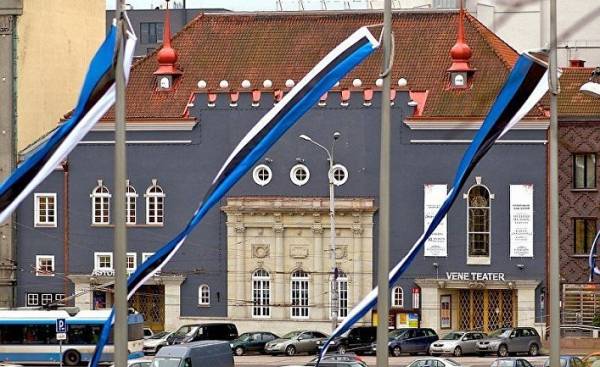 The former Soviet Republic became Chairman of the Council of the EU. However, the priority theme on its agenda are not refugees.

Foreigners are welcome here. Here, where the July sun begins to illuminate the Baltic sea already in the morning, not content with those 20 thousands that have received local citizenship in the last two years. By 2025, the government intends to make ten million (that’s seven times more than the current population). There is only one small caveat: Estonia opens its doors to the virtual citizens.

More precisely, they exist in reality, but probably never seen night of the sun over the Baltic sea. Starting in 2015, the most developed in terms of information technology country in Europe offers the possibility of “e-citizenship” that provides access to a range of services, including the registration of legal address of the enterprise (with receipt of tax privileges: fixed 20% tax on profits and all). The number of people seeking asylum who have migrated here from Italy in accordance with the EU plan for the distribution of refugees, equal zero (from Greece arrived 136).

Note: in Tallinn there is no hatred against immigrants (the real, flesh and blood). Not least because they here are a few: less than 15 thousand moved in 2016, mainly Finns (16% of the total number), followed by Ukrainians and Russians. In this context, the issue of immigration has slipped down in the hierarchy of priorities for Latvia’s presidency in the EU Council, which from 1 July to 31 Dec 2017 will be posted the flag of Estonia. The purpose of this presidency other: export to Europe the digital society (“We want to introduce the fifth type of free circulation in the single market in Europe — the freedom of circulation data,” said Prime Minister Yuri Ratas, Juri Ratas), to strengthen cybersecurity at the EU level (“By September, we expect proposals from the Commission,” says Urve Palo (Palo Urve), the Minister of information technologies), to endorse a common system of defence. Because the Mediterranean is far from these latitudes, and Russia, by contrast, is very close.

This attitude to migration policy — the result is not “resistance” but rather of underestimating. Just as in Italy underestimated fears that Russia is in the former Soviet republics, descended from the orbit of Moscow. This is a symptom of how little the members know about European culture, vulnerabilities and problems of each other. But attention: in the Baltic republics, in the government and among the citizens there is absolutely different attitude to this issue than, for example, in the countries of the Visegrad group (Hungary, Poland, Czech Republic and Slovakia), aiming to close its doors to refugees. “We are absolutely otherwise pertain to the distribution of refugees”, — assured the Maple Aarts (Klen Jaarats), Director European Union Affairs of Estonia and Sherpa in the government for European Affairs.

Andres Anvelt (Andres Anvelt), the Minister of internal Affairs of Estonia, two days ago, pissed off the Italian government, in his speech during a press conference in Tallinn Kumu: “Italy will make a discussion on the problem of immigration in the Council of internal Affairs on Thursday in Tallinn. We will listen to her demands, but won’t give any answers”. It’s not even a threat, it’s a blunder. Indeed, late in the evening, Estonian President tried to rectify the situation, saying that the government “takes very seriously the concerns of Italy” and the solution should be found “as soon as possible”. However, this statement is in any case significant, because it very clearly demonstrates how little the issue of immigration is interested in this region. The same Aarts at the beginning of negotiations with the governments of other countries recognize that under the chairmanship of Estonia, the reform of the law on asylum will not be: “it Will be very difficult to come to an agreement by December this year.”

“Solidarity is a very important category on which we must base reform of the Dublin regulation”, — assures us is not so much pragmatic as a conciliatory tone Kirsty Kaljulaid (Kersti Kaljulaid), 47-year-old President of the Republic of Estonia, occupying the post from October 2016. Sitting in the gazebo in the garden of Kadriorg Palace, she promises that her country is ready to help those who are most in need. However, Estonia, birthplace of Skype, is mainly focused on exporting their model of “e-society”, where 99% of public services available online. Here all citizens have an electronic ID that allows you to vote in one click (as does 30% of the population), it also serves them as a right and travel for public transport gives access to Bank accounts online, allows a few minutes to register your company. It can also be used for the payment of taxes (the level of tax evasion decreased by 7%), for electronic signature (this saves up to 2% of GDP), through it you can obtain a prescription at the pharmacy. “There are only three operations that require a physical human presence: it is a marriage, divorce, and real estate purchase”. For the rest, it is sufficient to have a good Internet connection. 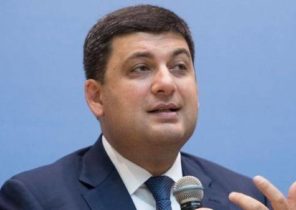 The Cabinet will not return to the old system of payment of grants.