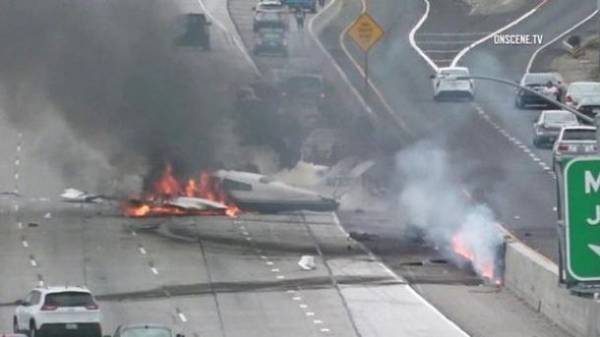 Light twin-engine plane crashed in California near the town of Santa Ana, near Los Angeles airport John Wayne. It is reported by TSN, citing ABC News 7.

People miraculously did not die, however, the man and woman who were on Board the plane were injured. They received injuries and were sent by helicopter to the hospital. The incident occurred on a two-engine Cessna 310.

During the fall the plane has hooked one car passing on the freeway. On the earth nobody was hurt, and damage to the vehicle was minimal.