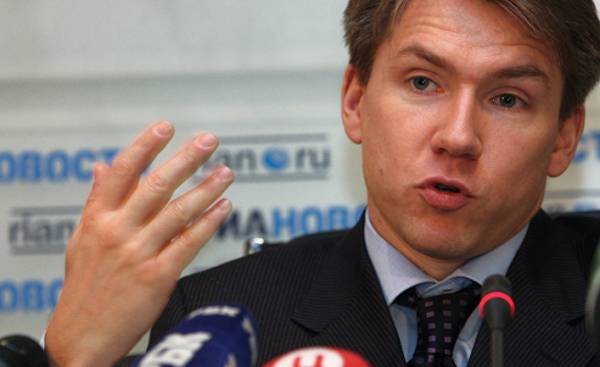 Recently Nettavisen and Danish newspaper Ekstra Bladet wrote about the game prior to the decision to choose Russia to host the world Cup.

During the meeting Monday in Moscow a press-conferences Alexey Sorokin, the head of the Russian organizing Committee of the championship, had to comment on allegations raised in a series of reports. And he clearly stated he did not believe in the charges.

The press conference was held in connection with the end of the group stage games of the competition, which are “rehearsal” for the world Cup. Earlier at a press conference Sorokin was asked a question concerning data The Daily Mail on the investigation of FIFA in respect of the whole of the Russian football national team who took part in the world Cup in 2014. The investigation concerns the use of doping. Sorokin approval of The Daily Mail was rejected.

Umaid Wasim (Umaid Wasim) from a Pakistani newspaper Dawn.com familiar with the materials in Nettavisen and Ekstra Bladet, asked the following question. “You have expressed doubts about the story in the Mail on Sunday, the time of its appearance, and noted that the article — which is pretty typical — appeared in the British press. What would you say then about the Danish newspaper Ekstra Bladet the Norwegian newspaper Nettavisen, who write about the fact that Russia won the right to host the world Cup due to foul play? Another article that they will publish dedicated to you. What do you think about this?” he asked.

“Honestly, we have no emotions about this. We denied a large number of stories about the bid to host the world Cup as jokes or poor attempts at humor. The more we say nothing,” — said Sorokin.

The Nettavisen newspaper Ekstra Bladet and received from the FBI confirm that in respect of persons associated with the Russian Committee for the organization of the world Cup, is under investigation.

Nettavisen and Ekstra Bladet sent to Agency questions about the Russian citizens, with whom we had to face in our investigation and which are somehow connected with the world Cup — particularly with people associated with the Russian world Cup organizing Committee.