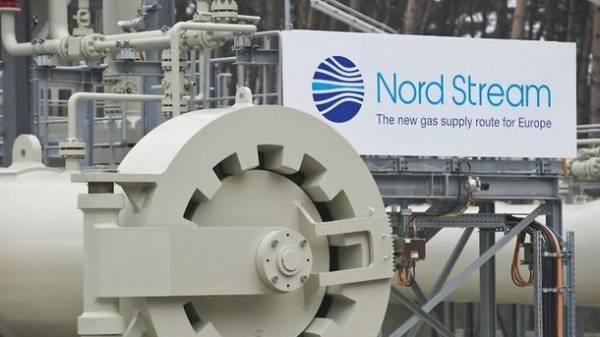 The decision on the provision of “Nord Stream AG 2” funding for the project of construction of the pipeline “Nord stream – 2” was made based on commercial logic and with respect to existing measures of trade control and international sanctions, said the representative of the press service of the Anglo-Dutch oil company Royal Dutch Shell.

“We are the business structure. We make decisions based on the best commercial interests, while respecting the existing measures of trade control and international sanctions,” said Shell.

The company did not comment on the possible impact on the project of an expanded list of U.S. sanctions against Russia, 14 June, endorsed the U.S. Senate. The text of the bill, in particular, says that the US “will continue to oppose construction of the pipeline “Nord stream – 2”, taking into consideration its detrimental impact on the energy security of the European Union and the development of the gas market in Central and Eastern Europe and the energy reform in Ukraine.

“Our decision to provide funding for Nord Stream 2 is commercial, and is based, inter alia, on the expected return on investment, and that the construction of the pipeline, which will allow access to additional gas supplies to Europe, will be beneficial,” said Shell representative.

We will remind, earlier the Deputy Chairman of the Board “Gazprom” Alexander Medvedev said that Nord Stream 2 (the operator of the project “Northern stream-2”) has received funds from all European companies, which were to be provided in 2017. Shell has previously announced that the partners of Nord Stream 2 — Shell, OMV, Engie, Uniper and Wintershall will provide Nord Stream AG 2 for 285 million euros in 2017.

The project “Nord stream – 2” involves the construction of two pipelines with a total capacity of 55 billion cubic meters of gas off the coast of Russia through the Baltic sea to Germany. The pipeline is planned to be build next to the “Nord stream”.