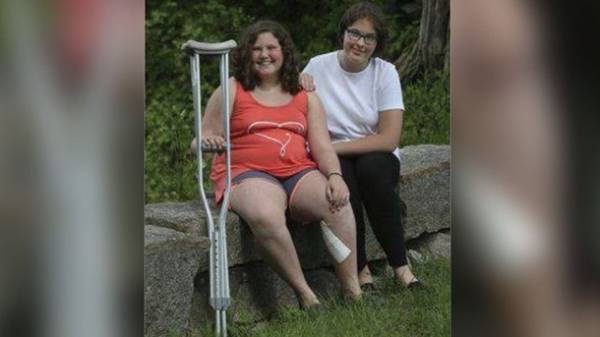 12-year-old Megan Getting rendered first aid to her friend, learning about the way to stop the bleeding in the book “the Hunger games” by American writer Susan Collins.

According to “life” with reference to the Gloucester Times, in early June, Megan and her friends were playing in a swampy area, but one of the girls named Mackenzie, slipped and fell and cut his leg. The wound was almost 25 inches in length and about seven inches in width, it was bleeding.

Remembering the episode from reading the book, Megan realized that her friend need to use a tourniquet, which she used shorts.

“I decided that this was a common method of stopping bleeding,” said the girl.

In a few minutes came to the aid of adults, and then the wounded Mackenzie was taken away by ambulance. 12 hours later after the incident she underwent surgery. It is reported that if Megan had a friend help, it could result in a large loss of blood and threaten a child’s life.

A scene from the book that I remembered Megan, occurs at the end of the first part of the trilogy. The main character works Katniss finds his friend Pete in the woods with a serious wound on his leg. She puts him in harness with the help of arrows, and part of his shirt.