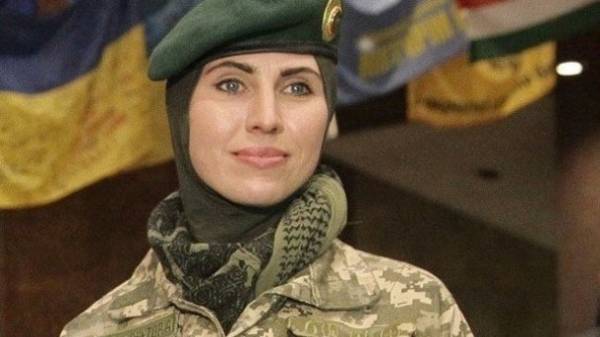 The wife of the former commander of international peacekeeping battalion named Dzhokhar Dudayev Amina Okueva said that she and her husband Adam Osmayev knew about the order to kill them and mentally and physically ready to attack.

She said this in an interview with TSN.ia.

“We had reliable information that the order for us in one place, and many places sent. Chechen well-wishers risk himself reported that he received information from our intelligence agencies and security service and foreign intelligence service that the Russian special services too, these are the objectives and plan to accomplish. But this is a different direction. Kadyrov will never do anything against their will,” said Okueva.

According to her, June 1 the killer during the attack used a gun, but hitting people is minimal, and tomorrow he may use explosives and hurt other people.

“But we’ve been preparing for this mentally and physically, was waiting for every day. How we could fail that this suspicious person was not caught and was not invited to cover someone from the security forces,” said Okueva.

As reported, on June 1 in Kiev there was an attack on the spouses of volunteers Osmayev and Okueva. According to police, the man, who introduced himself as a foreign journalist, had agreed with the couple about the meeting.

“When they got into the car, unknown persons took out of the box Glock pistol and shot in the chest Osmayev. In response to Amina from your pistol took a few shots in hand”, – militiamen reported.

Osmayev and a killer with gunshot wounds was hospitalized.

MP of Ukraine, member of Collegium of the Ministry of internal Affairs Anton Gerashchenko called the attacker “agent of the Russian special services”. According to Gerashchenko, the man was legalized and Legendrian in Ukraine in February 2016, under the name of Dakar Alexander Manusovich.

3 June in Kiev Prosecutor’s office reported that 58-year-old attacker declared suspicion. Actions of the malefactor are qualified under part 2 of article 15, paragraph 1 of part 2 of article 115 UK of Ukraine (attempt at murder). He faces up to 15 years of imprisonment.