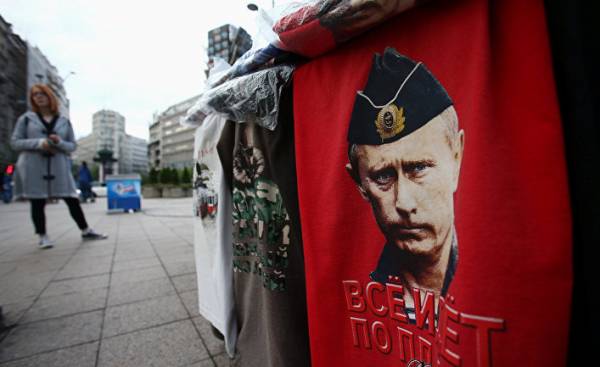 During the election campaign in the United States the Democrats have made many efforts to convince the public that Donald trump and his advisors are under excessive influence of Russia. Now this campaign has turned into something much larger, unsightly and dangerous. It grew into a campaign to make Russia a pariah and cast doubt on the loyalty and the ethics of anyone who advocated a less confrontational relationship with the country.

The next stage of this campaign was an article published in the Washington Post on may 15, the authors claim that the President trump announced a highly-classified information to the Minister of foreign Affairs of Russia Sergey Lavrov, and Russian Ambassador to US Sergey Kislyak during their meeting at the White house. The authors clearly allude to the fact that the transfer of classified intelligence is totally unacceptable and perhaps even treacherous.

Adviser to the President on national security issues Herbert McMaster (H. R. McMaster) and other officials strongly denied the information that the President said the Russians sensitive information on sources and methods of intelligence. Even if trump did, it is not a violation of the law. Long been known that the President has the right at any time to declassify certain information, and provide it to whomever he will. Because the information in question obviously concerned the plans of the “Islamic state” (a terrorist organization banned in Russia — approx. ed.), including plans to use the laptops for carrying bombs on Board passenger aircraft, it is not surprising that the U.S. administration wanted to share this information with Russian officials. Russia has several times been the victim of terrorist attacks by Islamists, and it is a US ally in the fight against ISIS.

The main idea of the article published in the Washington Post — and the various after its release comments from the Democrats and their allies in the media — is that close cooperation with Moscow, even in the field of countering terrorism, is illegal. All the hype is the latest stage in a growing anti-Russian hysteria. Russophobes are called “puppets of Putin” not only trump and his associates, but also those of experts and journalists, not connected with the administration who dare to speak out in support of a less confrontational approach to relations with Russia. The victims of this campaign to discredit become a Professor at Princeton University and expert on the Soviet Union and Russia, Stephen Cohen (Stephen Cohen), Glenn Greenwald (Glenn Greenwald) from the publication Intercept, columnist Pat Buchanan (Pat Buchanan), a former Republican Congressman and presidential candidate Ron Paul (Ron Paul) and TAC columnist Daniel Larison (Daniel Larison).

This tactic is very reminiscent of the worst excesses of the McCarthy era in the 1950-ies and threatens to significantly distort the public discourse. It can also lead to the fact that Russia will become a victim of absolutely counterproductive features of American foreign policy, which has existed for several decades. Often under pressure from the Congress and the American public leaders have tried to make individual governments in diplomatic and economic outcasts. Washington refused to communicate directly with Communist China from 1949 until the early 1970’s, when Henry Kissinger (Henry Kissinger) and Richard Nixon decided to abandon this strategy.

Exactly the same approach the US has taken against Cuba since 1960-ies until February 2014 when President Obama decided to engage in networking. The US followed a strategy of isolation toward Vietnam for more than 20 years after the Communist victory in South Vietnam in 1975. Until recently, the United States waged the same policy in relation to Iran, rapprochement which began just two years ago and on a very limited basis. And in the multi-year campaign to isolate North Korea signs a beneficial policy changes appear extremely seldom.

These campaigns in isolation have one thing in common: they all turned into a humiliating failure. In some cases the results were simply disappointing, and that’s what happened in the cases of Cuba, Vietnam and Iran. The application of this strategy towards China led to disaster, namely the bloody clash during the Korean war, two episodes, was nearly turned into a war over Taiwan, as well as serious reflection over the US ability to strike at China to destroy its nuclear program Beijing, which is in the middle of 1960-ies was in its infancy. The current dangerous tensions over North Korea indicate that in the current situation the policy of isolation may again lead to catastrophic results and even, perhaps, to provoke the second Korean war.

Given the long list of past failures, attempts to make Russia a pariah are the highest manifestation of recklessness and stupidity. Cooperation with Russia plays an extremely important role in addressing a number of common problems, including combating Islamist terrorism and settlement of the North Korean crisis. Moreover, Russia remains an important participant in the international system. To stay in a bad relationship — not to mention the attempts to isolate the power possessing thousands of nuclear warheads is criminal recklessness. The current anti-Russian hysteria is not only extremely harmful to the health of the political system of the United States, but it can cause catastrophic consequences on a global scale. 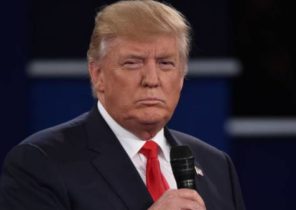 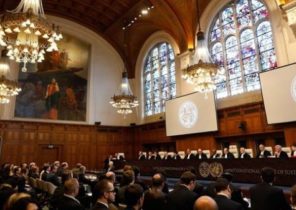