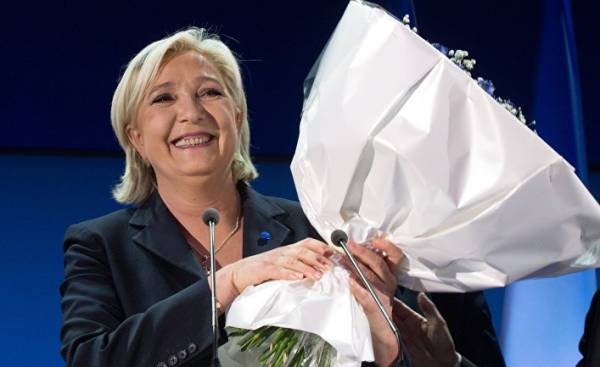 For Vladimir Putin duel between Emmanuel Macron and marine Le Pen is the worst of the possible scenarios. Three of the four major candidates advocated a rapprochement with Moscow (or even eyes on it). Therefore, there was a strong likelihood that the final will meet two advocate a flexible policy towards Russia. But the leadership took the fourth contender, the most hostile to the current Russian politics. The likely victory of Emmanuel Macron, who seeks to strengthen the European Union and to resist populist ideology, would be a serious defeat for Putin, both in international and internal plan. Will Putin him to win, did not do anything? Hardly…

Russian institutes to openly Express support for marine Le Pen, which the President received in the Kremlin before the first round. To verify this, just look on the official page in Twitter. For example, the record influential TV channel of the Russian army “Star”. Published news about the results of the first round was accompanied by the hashtag #JeVoteMarine (#Agriculturein)…

But will Putin continue, as it was with Donald trump? Ordered whether it is already your services, external propaganda (both open and secret) to push the victory of marine Le Pen, or at least to sow doubt about the probable victory of her competitor? Several points suggest this very idea.

First of all, it concerns the lighting of the first round of bodies of Russian propaganda, Sputnik and RT. All their attention was focused on marine Le Pen, and they even reported her victory soon after 20 hours on Sunday. Then Sputnik asked for comments only to the three French politicians: Philippe Vardon (Vardon Philippe), founder of the nationalist movement, close to Marion maréchal-Le Pen (Marion Maréchal-Le Pen), the Senator from the National front by David Rachline (David Rachline) and the head of the youth movement natsfronta Gaetan Dussasana (Gaëtan Dussausaye). As for foreign politicians, the site provided only the leader of the Italian “Northern League” which supports marine Le Pen. RT, in turn, has released only one interview: with the Vice-President NF Steve Brew (Steeve Briois).

That’s not all. Both of these propaganda organ tried to push the thought of possible election fraud.

They repeatedly, but unproven stressed that in some polling stations in Paris, asked voters the envelopes with the ballots. RT even feel the need to clarify that it was on the ballot Makron.

The emergence of fake news related to the solution of overexcited Paris editions of the RT and Sputnik? Or everything is a consequence of Moscow’s directives? According to Reuters, us intelligence agencies that are investigating the Kremlin’s interference in elections in the United States, found two of the confidential report of the Russian Institute of strategic studies (Moscow, this expert group liaises with SVR).

The first document, from October 2016, provides intervention in the American presidential campaign using social networking, RT and Sputnik to support the candidate who most actively in favor of rapprochement with Russia.

The second refers to October 2016, when the victory of Hillary Clinton seemed inevitable. It proposes to focus the efforts of the secret propaganda in undermining the legitimacy of the elections, to show that they were gerrymandered to weaken the position of the future President.

Two of these documents prompted President Barack Obama to an open condemnation of the false news of Russian interference in the electoral process. The Kremlin has denied the material from Reuters, which refers to the words of seven former high-ranking American officials.

Treacherous blow to the Macron?

Not did the Russian expert group of similar recommendations and for the election of the President of France? Given the importance of France and marine Le Pen for the European strategy of the Kremlin it is difficult to imagine a different scenario. That is, in the coming days, you should expect more fake news from Russian sources or even treacherous attack on the Emmanuel Macron before the second round? It would be irresponsible to ignore this threat. 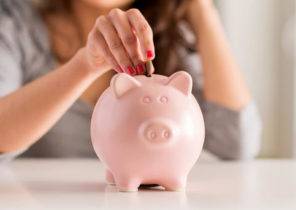