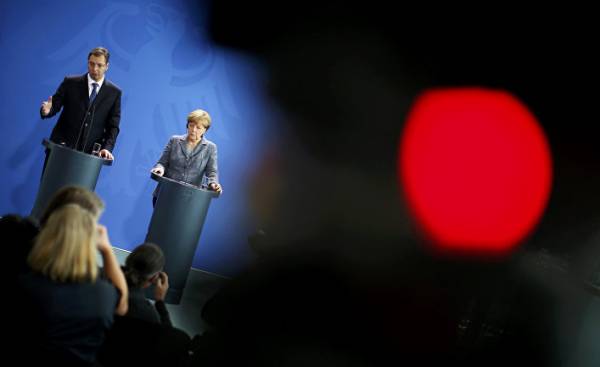 The day after the referendum on secession of Montenegro from the Federal Republic of Yugoslavia took me in his office the then Prime Minister of the government of Serbia, Vojislav Kostunica. We talked about the last referendum, and I remember then asked him why Russia supported the secession of Montenegro from the common state. Kostunica said that he does not understand.

A few years after that I attended the final exit of one of the opposition candidates for President of Montenegro Mr. Andrija Mandic. The final meeting was held in Niksic the day before the end of the election campaign. During the event we heard that the then President of Russia supported the candidate of the Democratic party of socialists (DPS) President of Montenegro. Then I asked Andrija Mandic, how is he going to win the election, if the East and the West have supported the candidate from the ruling party.

In the parliamentary elections of 2014 and 2016 United Russia as the ruling party of Russia, also supported the Serbian progressive party, but the support was not as significant as during the presidential elections in 2017. Among the candidates for the presidency of Serbia were those who much sincere attitude towards Russia than the President of the Serbian progressive party. However, similar support was not there.

The regime in Serbia Montenegrin same. They look like two drops of water. And one, and another — mafia-criminal-dictator, and ruled they are literally brothers. In many ways they resemble the regime in Ukraine, to which Russia is hostile. Perhaps because the victims there are Russian, in contrast to Serbia and Montenegro where Serbs are suffering.

Last year during the parliamentary elections in Montenegro, the regime of Vucic was actively involved in staging the alleged coup in the country. Let us recall the words of the Serbian Prime Minister, who the day after the election said that Serbia has a lot of serious facts about the “failure” of the coup. Over time, it is clear that Serbia, along with Western intelligence agencies and the security service of Montenegro, has designed what happened to Milo Djukanovic won the elections. Moreover, “Pink” and “widget” media support Aleksandar Vucic, attacked political opponents, Milo Djukanovic disgusting and shameless articles, putting his opponents Russian favorites. In the end, Djukanovic won the elections, and Montenegro joined NATO. Unfortunately, all this did not prevent the Russian political elite to maintain Aleksandar Vucic in the presidential election.

I myself could never understand why Moscow supports the Serbian government, which, by signing the Brussels agreement itself annexed part of their territory and creates, first, an independent Kosovo so in the end it turned out Great Albania. A few years ago, the then Russian Ambassador to Serbia Alexander Konuzin explained by the fact that the Russians cannot be greater Serbs than the Serbs themselves. Right. But if we are brothers, if we’re friends, then someone who makes a mistake, and now it’s Belgrade, it is necessary to advise, critique and even a little to criticize, lest he caused himself irreparable damage.

Yes, thanks to Russian support failed to prevent the adoption of Kosovo at UNESCO, but above Serbia has done a lot of bad. She made possible the adoption of Kosovo in many international organizations and Kosovo have even allocated a separate telephone code as a sovereign state. Russia has not expressed a friendly and helpful reproach. Moreover, in 2013-2014, Russian diplomats tried to persuade Serbs to participate in the separatist elections, thus legalizing and legitimizing yet another Albanian state in the Balkans. And those MPs, Ministers, mayors, who have sworn allegiance to separatist self-proclaimed Constitution of the independent state of Kosovo is a welcome guest in the Russian Embassy. I can’t understand that Russia does not recognize an independent Kosovo, but recognizes its elected representatives, even if they are Serbs.

The head of the Russian office in Pristina, called for a Union of Serb communities. The same initiative was made by the American Ambassador in Pristina. The leadership of the Union needs to take on the Serbs, who are elected at the local and parliamentary elections according to the laws of the self-proclaimed Republic of Kosovo, and the form of the Union strictly in conformity with the Constitution of this semi-public education. However, the Union will not have any Executive powers.

The Balkan policy of the present regime of Belgrade exclusively germanophile, so I did not fit in the head, as such a policy may suit Moscow.

Or perhaps in another case. The fact that Belgrade rejects Kosovo and Metohija, gives the chance to the Russian side tomorrow to admit in the security Council on Kosovo and Metohija, because Belgrade is already done. Such a position would allow Russia, in addition to the already annexed Crimea, to recognize their part and South Ossetia, and Abkhazia, and Transnistria, Donbass and other regions in other countries where live Russians. It is estimated that after the collapse of the Soviet Union, more than 35 million ethnic Russians left to live abroad.

Today, more than 70% of Serbs trust the Russian. This percentage is achieved not by some media campaigns, or financial investment, as originally inherited. I’m afraid that because of Russian support Serbian dictator Aleksandar Vucic popularity that the Russians are the Serbs, very reduced, especially among the younger Serbian generation.

The Ministry of foreign Affairs of Russia has condemned the student protests in Belgrade, because they were allegedly organizing the West, although the Russian foreign Ministry are well aware and know that the results of the vote were falsified. The protests have caused it.

Me personally, whatever the geopolitical and strategic Russian interests, such a policy is not clear. And she is incorrect in relation to the Serbian people. My friend ljubiša ilić, the owner of the cafe “Vozhd” in Kosovska Mitrovica, after Russia supported Aleksandar Vucic, removed the portrait of Vladimir Putin from his café. When I asked my friend why he did that, he said, “Marco, they went too far”.

The author is a member of the Presidium of the National movement of the Serbs of Kosovo and Metohija “Fatherland”. 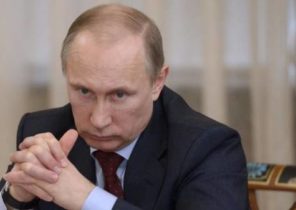