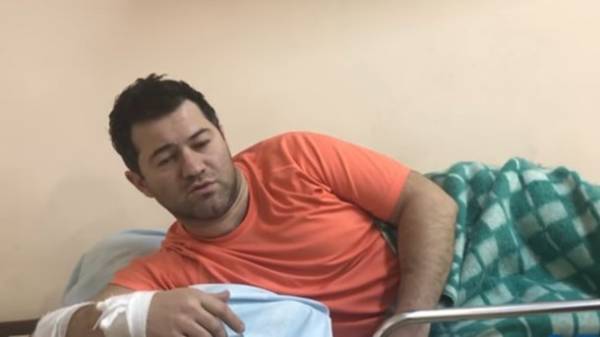 According to the Deputy head of the State fiscal service Roman Nasirov has surprised the public with a new appointment to the post of President of Federation of judo of Ukraine, as not linked to his personality and activities.

So, a specialist sales of debt securities at Dragon Capital Sergey Fursa in his blog on the website “GORDON” criticized the appointment Nasirov and considers it complete nonsense.

“Wrestlers chose Nasirov his head. The main judoist. Somewhere in Japan in grave of the thousands of artists who would commit seppuku just the thought that they have to lay in the blanket. But judoists of Ukraine decided “why not”. Nasirova need PR, not to put. They need… Maybe the wrestlers need the money,” wrote the banker.

He noted that in the West, such a choice would not have happened.

“What would have happened in Europe? Or in the US? First, the local wrestlers would never do. Because they are not suicidal. And if it did, then the next day I would have realized that was wrong. First, a lot of coaches and schools to be announced to secede from the Federation. Just because it is a shame. Then the school has ceased to join. Their parents just would prefer Aikido. And further to all the press would write about how I am ashamed to be a judoka. The result would lead to the resignation of the new head, but also all those who chose him. Otherwise, it would just collapsed,” added Fursa.

Note that April 17 in Federation of judo of Ukraine stated at the election of the President removed the head of the State fiscal service of Ukraine Roman Nasirov.