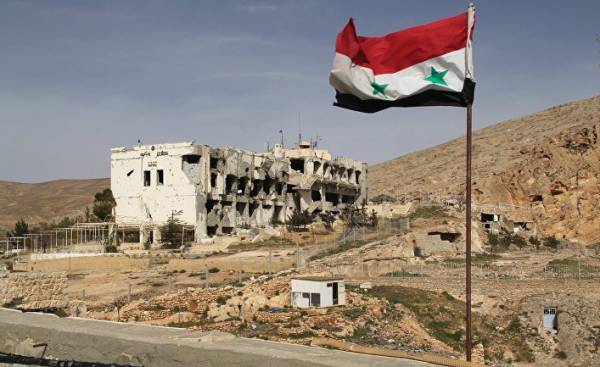 The US intervened in Syria because of chemical weapons, said that in case of need could again intervene. In this way the administration of the trump demonstrated two political positions. One of them is the intention to prevent Assad to stay in power, the second is to provide Russia’s refusal to support Assad.

As a result of these events, the United States directly involved in the Syrian issue. All statements that have been made in such international fora as the G7 and NATO, said about the concern of USA about Russia’s policy.

Putin, in response, took the position of not endorsing Assad’s departure, has not recognized the use of chemical weapons, has vetoed UN security Council resolution on sanctions against Syria. In addition, informing the world about the receipt of information that the US is going to attack South of Damascus, reiterated the resolve of the United States.

At first glance it may seem that the two nuclear powers USA and Russia was ready to fuck each other in the Syrian issue. But the U.S. has simultaneously increased the tension in relations with another country, North Korea. It was reported that if China does not intervene, the question of North Korea, the United States decides.

And two days ago, there have been developments that allow otherwise to interpret the tensions in U.S. relations with Russia and North Korea. One of them was the statement trump that from China came the good news. It was a sign that the call for China to influence North Korea was received a positive response. And another important event was the meeting of foreign Ministers of Russia and the USA.

It becomes clear that the U.S. and Russia are brought to life by the decisions they took in that direction, to create the appearance of conflict between them.

The feeling that the US and Russia are dangerous and tense relations, suggests a game, which the two countries jointly build. First, there is a mass murder, which provides US involvement in the issue of chemical weapons, and then trump announces its position against Assad. Thus Russia ensures the acceptability of the new US administration in the eyes of their allies and, moreover, undercuts assumptions about the cooperation between the US and Russia.

For those who do not believe that relations between the US and Russia were very tense, the issue with North Korea would have China. In the escalation of tensions with North Korea interferes with China, and thus China is taking a position in favor of the United States, makes it clear that it disapproves of tension in its relations with the United States. This confirms the likelihood of confrontational competition USA not China, and Russia.

So what will happen after the increased voltage? Of course, it is necessary to neutralize. And now it is time to reduce this constructed tension.

It becomes clear that Assad leave the country, and will be created a provisional government. All such forces as the Party “Democratic Union” (PYD), will be within the framework of the Syrian issue taken into account, in certain parts of the SAR the United States and Russia will ensure the cessation of hostilities. Due to the fact that meanwhile, in Iran the elections are held, probably, on some issues the country will have the opportunity of revenge.

In response to this process which lets US to Syria, Washington, Russia wouldn’t touch Ukraine and Central Asia, maybe Russia again invited to the G8. NATO will continue to legitimize its policy towards Russia and to talk about the existence of Russian threat in Eastern Europe, but at the same time to discuss the proposal for participation in the Middle East.

Judging by the fact that the countries of continental Europe in NATO will not be able to immediately accept the offer, who knows, maybe they will be unable to argue against the fact that some member countries had acted in circumvention of the organization.