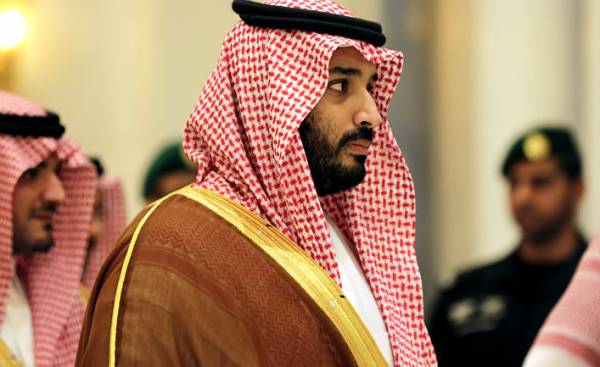 When the President of the United States Donald trump speaks, his thoughts are mixed with internal choice of words with which he wants to be way more specific. It is because of such carelessness and inability to choose the right words follows ambiguous management principle in the world of politics. Trump said about restoring the “greatness of the United States”, presented the draft budget for 2018, which says to increase the share of financing of the Ministry of defence. Although the implementation of the project of the defense budget is in its infancy, internal and external authorities felt that this project and its Creator the adverse and regressive. The opposite opinion was expressed by the monarchies of the Persian Gulf. According to our estimates, the new budget of the Ministry of defence can bring many positive aspects.

Trump plans to put more efforts in the fight against terrorism: to prepare and equip 350 ships (currently their number is 274), the F-35, and to restore the armed forces and enhance their combat readiness. All of these actions mean the return of stability to the Persian Gulf, the end of arrogance and the arrogance of Tehran, that is what existed for a scant eight years of the Obama administration, which concluded that the Islamic revolutionary guard Corps captured two boats of the marine corps of the United States in 2016.

The budget will be allocated 52 million dollars for protection. In the Gulf we have a close relationship with the United States in the defense sphere. The provision in the cultural sphere will be reduced. The Pentagon was not our enemy in the Persian Gulf, except for Kerry, who was evasive and contradictory policy. We know eight generals of the administration of the tramp, whose “hearts are in the Persian Gulf”. They were designed to challenge Iran and Russia.

Trump is hard to beat the sales of weapons to the Persian Gulf in the age of Obama: he set the record. Attack trump on the Islamic state made me think of the American military-industrial complex that after the speeches of the President of trump Gulf monarchies will begin the search for alternative sources to purchase weapons. Solution and expansion of the US presence in the region could become the support for these monarchies through providing them with the missile defense complex. In addition, trump will give a chance to such corporations as Lockheed Martin and Raytheon.

Huge defense budget will provide complete freedom to the U.S. Secretary of defense James Mattis. His point of view and vision converges with the opinion of the countries of the Persian Gulf: a source of danger is, as he says: “Iran, Iran and more Iran.” He announced that he will punish Iran and its allies, arrest and kill Iranian activists and will stand in the way of their warships.

Precisely Russia and Iran are a problem for the Persian Gulf. Moscow said that the budget trump’s “hard, not soft power”, given that it will spend $ 12 billion on military operations in Afghanistan, Iraq and Syria.

Some argue that the draft budget trump is very weak in the face of Congress. However, what excites us in the Gulf, is the appearance of equal treatment, and adherence to the slogan “Guns above all else.” The increase in the military budget of the Pentagon means that in the future we are waiting for a huge war against Russia, Iran and their allies.