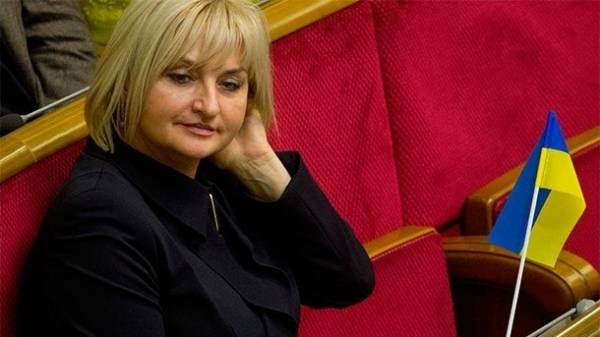 Candidates for the position of Chairman of the NBU Valeria Gontareva is still unknown. This was stated by the representative of the President in Parliament, MP from the PPO Irina Lutsenko.

According to her, the first President Petro Poroshenko needs to consider the statement of Gontareva’s resignation.

“I think first and foremost the President will consider this statement as the statement of the head of the National Bank of Ukraine”, – said Lutsenko.

To clarify, all the same had there been already some candidates to replace Gontareva, Lutsenko said that “about other candidates is not known — first, the President should consider the statement of Valeria Gontareva, talk to her, to hear her arguments, to decide”.

According to her, the work Gontareva as the head of the national Bank “is a fraction and the President, the coalition, the government is impeccable.” “She did all the hard work that was required from her during this period”, – said the Deputy.