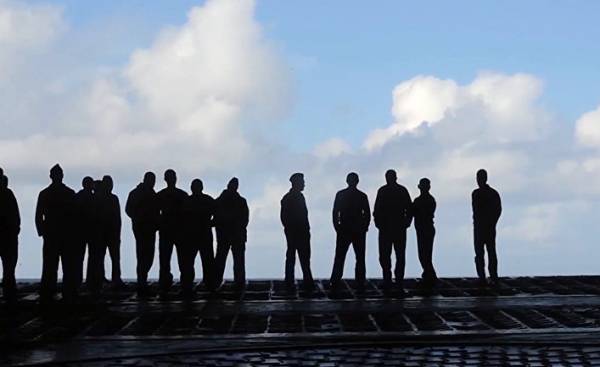 On the occasion of the release of a new book “Syria, the war for nothing” by Frederick Pichon gives an interview FigaroVox. He believes the war in Syria a global catastrophe, the responsibility for which lies partly on the Western powers.

FigaroVox: In your book you are considering coming since 2011 the conflict in Syria. What is her name?

Frederic Pichon (Pichon, Frédéric): I have about ten times had been in the country since 2011, and visited Damascus, HOMS, Aleppo, es-Suwayda, Latakia and Tartus. When I was thinking about the name, I first remembered the feeling of futility and ineffectiveness. Especially during a trip to Aleppo at the end of January, where I finished the manuscript. The conflict began exactly six years ago. He destroyed the country’s infrastructure, has made refugees of half the population, forced the elite to leave and took my information, 400 of thousands of lives. Even if initially the number of claims and had a greater distribution of wealth and political freedoms (I don’t think it has actually been so widespread), the result was quite the opposite.

If Syria has been relatively insulated from the Sunni extremism, now it has become one of its mainstays, living standards collapsed, and corruption has spread everywhere. As for the politicians and intellectuals who invested (although it should be noted, for the most part only in words) in the conflict that is perfectly “worked” for their speculative universe posthistory and pravozashitnikov, all their predictions did not materialize, and the actions ran into a wall. And why was all this necessary? To eventually recognize that Russia can be part of the solution that Assad’s departure cannot be considered a realistic pre-condition (this is acknowledged even by Emmanuel macron, which repeats all over the French neo-cons), and that of two evils choose the lesser… All of this could have been avoided. Here’s how things stand now. In Palmyra, the American strikes had preceded the liberation of the city by Russian forces and forces of Damascus and Hezbollah. On the eve of the attack on al-Raqqa Americans koordiniruyutsya with the Russian and prepared by the Pentagon, the Kurds had joined the Syrian army.

— You write that the Syrian conflict concerns the internal policies of European countries and in particular France. What is the connection to a distant war and events in our land?

— I’m a big admirer of Philip Muray (Philippe Muray), whom he met in the late 1990-ies, and comes to my mind icy truthful and brutal aphorism of “Dear jihadists”: “We win because we are the dead”. So in this book I wanted to think about what means the Syrian conflict for our Western societies, because through the prism of terrorism and mass outflow in the “sham” we are seeing a return to the fore questions of tragedy, death and Holy. Diplomacy, Islam, immigration… These are pushed to the back burner threads re-surfaced only after the conflict in Syria. I also do consider all of them. And from my side it is not about condemnation or call to crusade, and on the analysis of the phenomenon.

Unlike Manuel Valls (Manuel Valls) I don’t think to explain is to forgive. A bit of Humanities never hurts. It looks like Western society is unable to consider jihadism outside of psychiatry. On the background of aggression our society is ready to see only a consequence of exclusion from society. Jihadism thus seems as a by-product of crime, frustration, or even madness. This reluctance to listen to the words of the jihadists means the void space of the reaction to this phenomenon on a world scale and does not allow us to see that our post-modernity that has erased the concept of Holiness, tragedy and death, only feeds its spread. The inability to comprehend the religious aspect of the phenomenon is especially tragic that accompanied the normative rhetoric about the Muslim religion in light of our postmodern values.

In the panic that arises every terrorist attack in France, is always viewed priority: to say that the incident “has nothing to do with Islam.” The denial of this identity the actions of jihadists turning them into a product of modernity. That is, in regular people, as flawed as we are. It turns out that the source of aggression can only be marginal, the work of “lone wolf”, it is quite unthinkable that the other person could not support our value system, the core of which is the relativity of all values. If everything is equal and nothing is if the bright future of mankind is reduced to unity in the consumer community, that the appearance of “barbarian”, including among us, we are not able to call it. To name the enemy means to show what divides us, to draw the border, even though the normative line to approve anything decided to give up modern culture…

— You say that France was not heard in the middle East. After the “Atlanticist” turn in Nicolas Sarkozy she must now regain independent diplomacy Gaullist wing?

Today it is considered good form to put “Gaullism” in diplomacy in the number of remnants of the past. That’s the feeling now prevails among the French diplomatic elite, which, by the way, it’s amazing. Even the “Gaullism-literalism” is there smelling of mothballs. Personally, I Gaullism seems a little meaningless word, and the famous “Arab policy” of France, in fact, was reduced to a series of inconsistent and mainly symbolic actions. Anyway, everybody understands what it is about: realism, pragmatism and the ability to speak with everyone. One-sidedness is completely invalid. In one of the chapters I ask this question: France — Sunni power? Judging by the number of publications, the answer is positive: Paris needs to be a defender of the interests of the Arab countries of the Persian Gulf against Iran. All you need to strive for balance, that is the destiny of free Nations.

We are often told that the world has changed. The mantra “mobility” found imitators, including in foreign policy: in the era of globalization, we need to adapt, to be in motion, with an eye to business, such as Laurent Fabius (Laurent Fabius). Is divorced from the nation’s thinking becomes a kind of categorical imperative, however, is not only counterproductive, but also contrary to the spirit of the time: all the geopolitical changes of the last 15 years contradict the tale of the end of history and the formation of the global village. Contrary to predictions, globalization has not led to a ratchet effect: the WTO seriously losing ground, the European Union has lost a member and reinvents the boundaries of the United States returned to production on their territory. This world perfectly fits the possibilities of our country, “the great powers middling”, in the words of Giscard d’estaing, which aims on the world stage, but at the same time, able to rely on what has always been her property.

In Syria played what was predicted by some before the first mandate of Barack Obama: slow the movement of American power, or at least she had the presence of serious strategic doubt amid increasing emerging powers. In addition, Syria is viewed by progressive paralysis of the West, which is facing obstacles in words and actions, trying to close eyes to reality and to project their own imagination in a strange world. “Neofantasy” did not want to understand that the world has changed. Policy made a serious mistake, because they have no global view of the tectonic shifts in the international arena. But I’m not saying that this process is a sharp character and is a fait accompli. For example, I don’t believe in promised some of America’s decline and, even if to some it may seem surprising, in the book develop the idea that Donald trump will continue the main policies of Obama, particularly on Syria.

In addition, it seems to me that those who are waiting for Russia, as some in the past the Red army for the revival of the decadent capitalist West, in fact, only illusions. Moscow has no global ambitions and regional strategy, which is carried out with a relative economy of means and with undeniable effectiveness, but in cramped conditions and in a moment of weakness of American hegemony. American power is able to adapt. And will continue to dictate the technical, economic and ideological globalization. But there are things that need to be able to use, when the changes coincide with our interests. The conference in Astana was a good example: although over the past half century, all meetings on the Middle East took place in Europe and the USA, representatives of Syrian parties at this time in Kazakhstan.

— As of now the situation in Syria? Should I wait for peace in the foreseeable future?

To achieve peace in Syria by political means is not less difficult than the military. Now we can say that the political conflict is over: supported by Russia, Iran and Hezbollah the regime’s forces finally buried the hopes to form an alternative to Assad. Russia’s direct intervention in 2015 and the formation of long-term military bases in Tartus and Mamimi, apparently, means that the Syrian state is saved. Whatever may be thought on this account by the American experts, in Syria Sunni Canton under the protectorate of the United States: Moscow and Damascus decided to reclaim this strategic and resource-rich area now as evidenced by their successful promotion to the Euphrates. Neighboring Iran also will not sit on the sidelines.

Anyway, there will naturally be a question of relations between the allies of Bashar al-Assad. Not that Russia and Iran are unable to agree, but they already have disagreements over the postwar period: Moscow wants more federalism, Tehran — more parliamentarism. The Syrians don’t like either option: they know that the conflict has undermined the Central government and strengthened the position of local “kings” in connection with weapons proliferation.

Besides, there are worrying signs of preservation conflict with low intensity: available to all the warring parties weapons, often of foreign origin (deliveries from Russia and Iran, and transferred to the rebels weapons from the Western intelligence agencies, both American and French), speaks of the potential for violence and probably a long term change in the conditions of life in the region. For other countries, Russia, China and members of NATO, now arises the question of safety, because the territory of Syria became the world center of terrorism, whose metastases can multiply along the axis of the crises, which goes from Pakistan to côte d’ivoire.