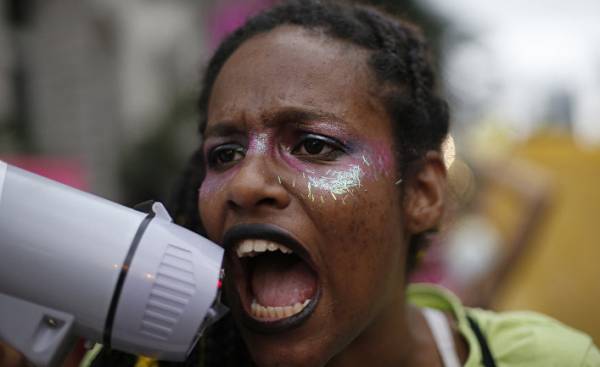 In Brazil, women and men received equal access to education, improved maternal health, reduced the level of teenage pregnancy, but not all Brazilians can take advantage of these benefits.

According to the latest world Bank report “Gender relations in modern Brazil”, in the largest country in Latin America Afro-Brazilians and indigenous people continue to feel their inferiority, particularly in the poorest areas of the country.

“The fight against racism and discrimination based on place of residence necessary to achieve gender equality. But it has been difficult, and in some cases impossible to improve the situation of women in the aggregate, if in some groups there is a significant gap, the authors write of the document. — It would be a mistake to set the same targets for all categories of women, if you know that dark-skinned women inhabitants of Northern, northeastern and Central Western Brazil do not reach the middle level.”

In order to solve this problem, the study highlights the need to consider the weaknesses of these subgroups in the development of policies and projects, as well as with appropriate adjustment to the goals of achieving gender equality in the country.

Place of residence and race affect the likelihood of violent death

The results of a survey conducted in 12 Latin American countries showed that 25% -50% of women have experienced violence by a partner.

Brazil ranks fifth in the list of 83 countries in the number of violent deaths among women. The least number of murders committed in the Southeast of the country. This is the only area of Brazil where there had been a decrease of this index in the period from 2003 to 2013. On the contrary, in the North and North-East the figure rose by more than 70% over the same period. The increase in the number of murders has occurred primarily among Afro-Brazilian and indigenous populations, mainly in the North-East of the country where the number of violent deaths among women of African descent increased by 103% in ten years.

According to a survey conducted by the world Bank in 2010, earnings of women amounted to only 71% of men’s wages. This is the largest gap in wages was registered in Latin America and the Caribbean. This inequality is compounded by racial discrimination. In addition, this gap increases among professionals with higher levels of education.

Over the last ten years, the gap in the demand for men and women in the labor market in Brazil and throughout the Latin American region have not decreased. According to the report, since 2005, the demand for personal enjoyment increased by only one percentage point.

This is surprising, given the fact that the Brazilians have overcome (and in some cases even changed in their favor) gender inequality in education. The level of education increases among both men and women. The literacy rate of the young population (aged 15 to 24 years) is 98% among men and 99% among women, compared with 84% in 1980. Currently, almost two-thirds of graduates were women.

But women continue to work mostly in slow-growing areas, and their wages are lower than men’s. In areas such as hospitality and catering, education and health, social and household services, employs about 45% of women and 48% of men work in agriculture, industry and construction.

Women are still under-represented in politics

Despite the fact that the number of women contesting elections has increased in recent years, in Congress they no longer became. In 2010, 45 women were elected to the Chamber of deputies, and in 2014 parliamentary mandates were received by candidates 51. These figures correspond to 8.8% and 9.9% of the 513 members of the lower house.

Consists of 81 senators to the Federal Senate, the renewed one-third in 2014, included five women who joined six favourites earlier. Currently, the proportion of women senators is 13.6%. These figures are significantly below the average for Latin America and the Caribbean, where about 26% of the politicians in the Parliament are women. The inter-parliamentary Union has put Brazil on the 113th place in the global ranking of women’s representation in national parliaments.

Early pregnancy poses a threat to the poorest

In Brazil, the rate of teenage pregnancy (births per thousand women aged 15 to 19 years) is continuously decreasing since the beginning of this century. In 2000, he was 87,47 case, and in 2013 fell to 70. But at the same time, this figure still exceeds the average level in Latin America and the Caribbean (67.7 case in 2013), according to the world development Indicators for 2015, published by the world Bank. As in other Latin American countries, high rate of teenage pregnancy in Brazil is a consequence of weak social protection and high levels of poverty.

In 2013, the percentage of women aged 15 to 19 years who have a child (in comparison with all women in this age group), was highest in the North of the country. In the region of one in five women in this age category (20%) had a child.