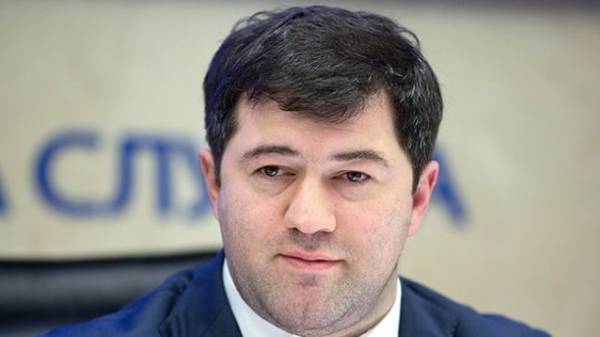 Removed from office during the investigation the head of the State fiscal service of Ukraine (SFS) Roman Nasirov is currently in intensive care, myocardial infarction it is not diagnosed, says first Deputy Chairman of the Verkhovna Rada Committee on taxation and customs policy Andriy Zhurzhiy (“samopomich”Union faction).

“Now he is in intensive care in “Feofaniya”. The consultations between the doctors “Theophany” and doctors “first aid”, which needs to transport it” – he said on air “channel 5” on Friday evening, noting that it was Friday and eve in “Feofaniya”.

On specifying question, whether it is jail Lukyanovka, Zhurzhiy said: “As I understand it – Yes.”

“We are talking about that at the request of the National anticorruption Bureau of Ukraine doctors “Theophany” has provided information that it can be transported. Also today, a study was conducted on the state of his health, and in fact officially confirmed that a heart attack wasn’t there yesterday. The only thing the doctors say that there is a risk that this could happen… He’s talking to, communicating with friends, but is in intensive care,” – said the Deputy.

Earlier Zhurzhiy on his page in Facebook wrote that is in the hospital “Feofania”, which was admitted R. Nasirov.

As reported, the detectives NAB 2 on the evening of March declared suspicion in Commission of crime the head of GFS R. Nasirova and carried out his detention in hospital “Feofania”. He is suspected of committing a crime under part 2 St. 364 (abuse of official position, entailed heavy consequences) the Criminal code of Ukraine.