The first step towards the creation of an energy efficiency Fund

Last year, the Cabinet announced the creation of an energy efficiency Fund in April 2017. From the budget of Ukraine in the Fund will send 800 million, 25 million euros and Germany will allocate another 100 million euros – the European Union. The money will be able to take advantage of any family: the money will be spent on modernization of residential buildings.
For the Fund it is necessary to adopt three laws: “On energy efficiency of buildings, Commercial accounting of komuslug” and “On housing and communal services”.

Government law “About energy efficiency of buildings” assumed that all Ukrainians at their own expense will have to spend energoaudit their apartments. In the new edition, prepared by the relevant committees of the Rada, this norm was removed. As suggested by one of the authors of the bill, MP Oleksiy Ryabchin, with high probability, the document will be adopted next Thursday. 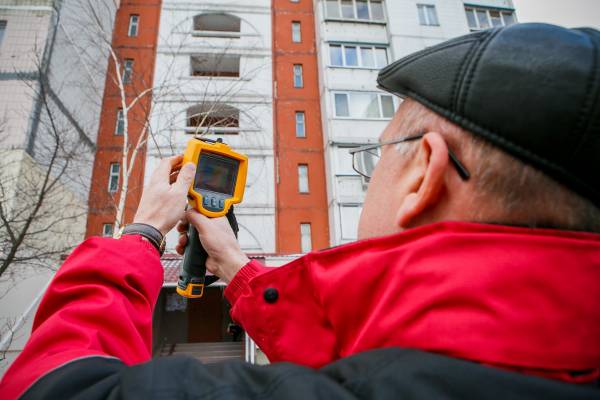 “The government wanted every apartment to oblige to conduct energy audits. This obligation comes from the European tradition and it is their requirement. They have 70% of apartments are rented, the rent is transparent, it pays taxes and the government protects consumers, so that consumers know how much energy consumes the apartment,” – says the MP. The new edition of the law, the audit must pass only three kinds of buildings:

According to experts, it often happens that the building of state and municipal institutions, social facilities (schools, kindergartens, hospitals), spend the energy “wasted”. The heat escapes through non-insulated walls, Windows, ventilation, roof. Is paid to the heating of such buildings for the budget bill.

“In this segment has great potential. Together with “Kyivenergo” in the framework of the joint programme “energy-Efficient client” we analyzed the energy consumption of more than 1 thousand buildings in Kiev. It turned out that there are a number of public institutions that consume energy in 8-20 times more than would standard!”, – the Director of DTEK ESKO Roman Fedorchenko.

By the way, after the draft law “On energy efficiency of buildings” in the Parliament will also consider a new draft law “On housing services”. As a result, the Ukrainian debts for communal have to pay a penalty of 0.1% per day of delay, but not more than 100% of the debt.

Last year tens of thousands of Ukrainians took advantage of the state program “Warm credit.” According to the Agency of Saee, the majority of families using the program changed the Windows in the apartments. Funds are also spent on insulation, energy efficient lights, boilers, etc. the Main goal of the program is to increase energy efficiency. At the same time, the Ukrainians were sheathed house a layer of insulation 50 mm (if required 100-120 mm), buying Windows with a low heat-transfer resistance (by the standards of resistance should be not less than 0.75 m2*K/W). According to experts, the main “mistake” before the insulation was necessary to conduct an energy audit. Otherwise, improper insulation can lead to the displacement of the dew point and mold in the apartments, not the heat saving.

If the bill “About energy efficiency of buildings” is accepted, the Ukrainians, before receiving the state aid modernization (including energy efficiency Fund, local programs) will be required to undergo an energy audit and receive a certificate.

Read more about how and why to perform an energy audit, can be found here.

To pay for an energy audit and certificate should the owners of the building. However, the law States: certificates will begin to test only at the beginning of next year. The resulting certificate will be valid for 10 years. Violators face a fine from 3400 to 5100 UAH. “The lack of an energy certificate of the building, report about results of inspection of heating and air conditioning of buildings, if their presence is required by law, no occupancy certificate available to the public place or its copy in cases specified by law, – entails a fine on citizens and officials in the amount from 200 to 300 non-taxable minimum incomes of citizens”, – stated in the bill.

If Ukraine reached the level of efficiency of Poland, said the Deputy head of the parliamentary Committee on fuel and energy complex Oleksandr Dombrovskiy, and refused to import gas, the welfare of Ukrainians could be increased 3.5 times. “In 25 years of independence of Northern neighbor, we paid more than 100 billion dollars for gas, this is another of the GDP,” – says the MP.
On average, Ukraine consumes 32 billion cubic meters of gas per year (industry and population), and produces about 20 billion cubic meters: the rest is imported. If we reduce consumption and refuse to import, annually, can save billions of dollars. So, this year Ukraine average bought thousand cubic meters of gas for $ 185, next year the price will rise to $ 245.

According to Deputy Prime Minister Gennady Zubko, the loss of gas for heating homes – 9 billion cubic meters per year, another 2.4 billion “disappear” in the heating system. If you upgrade the networks and to warm the house, every year to spend at least 11 billion cubic meters of gas less. In order to create a market for energy efficiency and modernise homes, will need five to eight years.

It tells an experienced energy auditor, project Manager DECECCO Sergei Svistun, most of the buildings, which he examined, consistent with the lower classes of energy efficiency “E” and “F”. These homes consume from 30 to 70% of heat wasted. 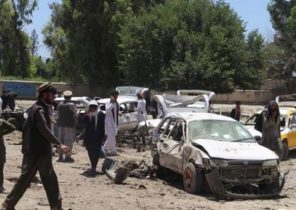