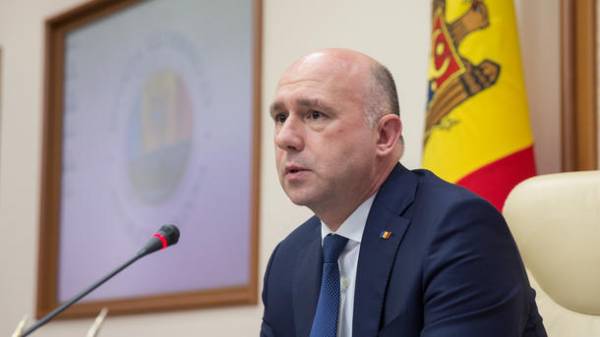 The government of Moldova supported Ukraine in settlement of the conflict in the Donbass and the return of the Crimea. About this Moldovan Prime Minister Paul Philip said at the briefing.

“I reiterated the full support of the Moldovan side in the conflict in the Donbass, we reiterated our stance regarding Crimea, which provides for the exclusive territorial integrity and sovereignty of Ukraine”, – said Philip.

He also thanked Kiev for the support in the framework of the negotiation format “5+2” and in the process of finding a solution to the problem of Transnistria with the preservation of the territorial integrity and sovereignty of Moldova.

As a result of joint negotiations, the Ukrainian Prime Minister Volodymyr Groysman said that before the end of the year Ukraine intends to implement one of the joint Moldovan infrastructure projects – to launch a joint control on the Ukrainian-Moldovan border.